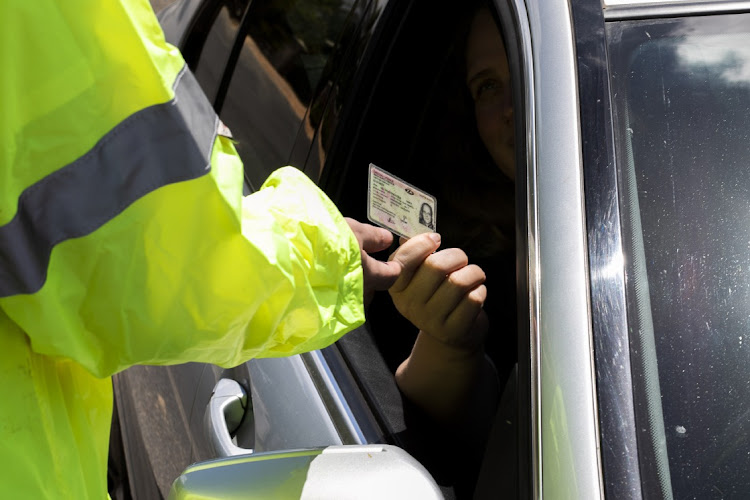 An estimated 1-million drivers could on Friday potentially become the target of “overzealous” traffic police seeking a quick bribe.

“The public’s inability to comply with the regulations is largely due to the department’s incompetence and the public shouldn’t be punished for it,” said Outa’s accountability division head advocate Stefanie Fick.

“Government should not start a war with citizens that it can’t win. Outa is considering a legal opinion that may lead to another civil disobedience campaign,” she warned.

“Last week, Outa wrote to the minister of transport to consider a further extension of the deadline.

The department of transport on Thursday said all was on track to clear the backlog in the printing of driving licence cards.
News
3 months ago

Fick said this was a significant problem that should be handled properly by the government.

“The state cannot simply ignore this problem, as it will leave motorists at the mercy of overzealous or corrupt law enforcement officers who may use this as an opportunity to extort bribes from the motoring public,” warned Fick.

“Administrative difficulties and significant backlogs in the renewal process of driver’s licence cards have been the order of the day long before the arrival of the pandemic or the breakdown of the card printing machine at the end of 2021. These problems are largely due to difficulties in securing bookings through the online booking system forced onto motorists.”

She said Outa was waiting for transport minister Fikile Mbalula to respond to its request for “a meaningful solution” to the expired driver’s licence issue.

TimesLIVE has contacted Mbalula for his response to the latest development, which will be added to this article once it is received.

Police flag down traffic cop and driving instructor for corruption

An Eastern Cape traffic cop and a driving school instructor have been hauled to court for driving licence corruption.
News
3 months ago

Within seven months of being appointed, board members at the Road Traffic Infringement Agency (RTIA) were paid an average of R770,000 each. For this, ...
News
3 months ago