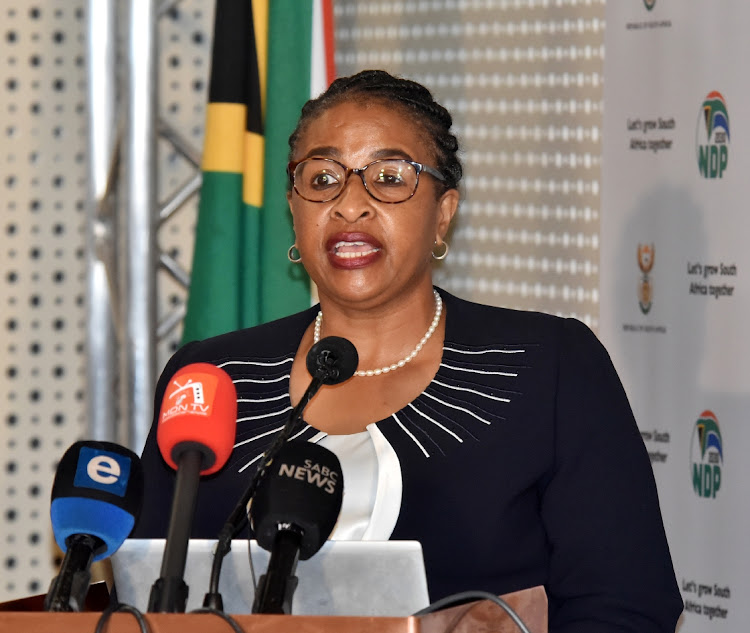 Advocate Matshidiso Hashatse, chairperson of Rand Water, said on Tuesday there is nothing sinister about the implementation of planned water cuts, and they are part of the service’s operations to ensure it functions optimally.

Speaking at a media briefing alongside water and sanitation minister Senzo Mchunu, Hashatse said claims that planned water outages demonstrated incompetence by the service were untrue.

They were responding to DA MP Solly Msimanga, who said Rand Water’s scheduled water outages from April 1 to 3 would leave residents without access to a much-needed service. Last week the outages were postponed until further notice.

Msimanga accused Rand Water of failing to provide local municipalities with tankers to ensure water supplies during the maintenance period.

“Gauteng residents are faced with a severe water crisis and Rand Water is unable to support municipalities by providing tankers to the areas affected by water outages. With Rand Water’s scheduled outages from April 1 to 3 due to major maintenance of infrastructure, thousands of residents will be without water,” Msimanga said in a statement seen by TimesLIVE.

Hashatse said Rand Water does not implement planned or emergency water cuts without informing local municipalities, which the message to residents in affected areas.

Hashatse said Rand Water has provided tankers to municipalities which report shortages, though this is not its primary mandate.

“They are lying to the public. Rand Water are not incompetent. They are competent and we are here to support them. Of course, that does not mean that we don’t experience outages due to, for example, a burst pipe or maintenance.”

“I must remind the DA that water outages in Gauteng are not a result of a service Rand Water must provide. It is more in relation to local municipalities,” said the minister.

Msimanga denied politicising the matter, saying the DA, unlike the ANC, is not desperate for votes.

He accused Rand Water of abrupt water disconnections and lamented a lack of tanker provision which inconveniences residents.

He said the responsibility for tankers should be shared between local municipalities and Rand Water.

Residents around Weltevreden Park and Fairland can expect a possible drop in water pressure on Wednesday and Thursday due to planned maintenance by ...
News
2 months ago

Day 14 and still no water for KZN south coast communities

The widespread water outage that has been plaguing Johannesburg’s southern suburbs for several days is expected to be resolved soon, with recovery to ...
News
2 months ago