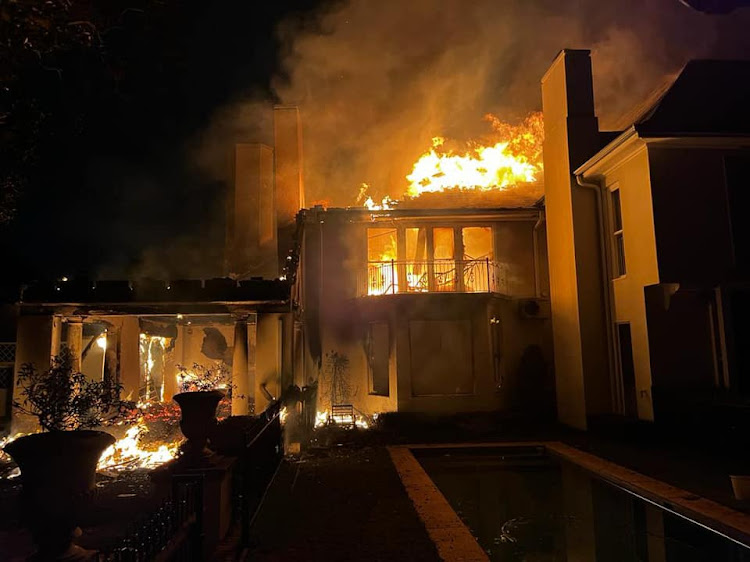 A lone arsonist is alleged to be targeting homes in Joburg's upmarket northern suburbs, deliberately burning them down.
Image: Facebook

While the talk of the town in Joburg's upmarket suburbs of Hyde Park, Dunkeld and Illovo is that a lone serial arsonist who breaks into homes, helps himself to food and leaves his mark by defecating in the house before setting it alight is on the loose, police have poured water on these claims.

Bramley police station commander Owen King said he is in charge of a large area which encompasses the suburbs in question, and is not aware of a serial arsonist operating in his jurisdiction.

“There is possibly a lot of stuff that happened and was never properly reported to us or went through other channels. But I can confirm that since January 1 2021 to date we received only three reports of house fires — one in Illovo, one in Hyde Park and one in Marlborough Gardens.

A woman in Sandton — who failed to respond to requests for more information — posted an angry account on her Facebook page, claiming that 13 houses in the area had been burnt down in the area in the past 12 months.

She claimed the perpetrator was a lone arsonist.

“Apparently he breaks in around 3am, helps himself to booze and food from the fridge and then sets the couches on fire ... Last two were only three weeks apart. A family member was in the house upstairs sleeping with their baby and toddler. Apparently the guy watches the owners through the window,” the woman wrote in a post that has gone viral. 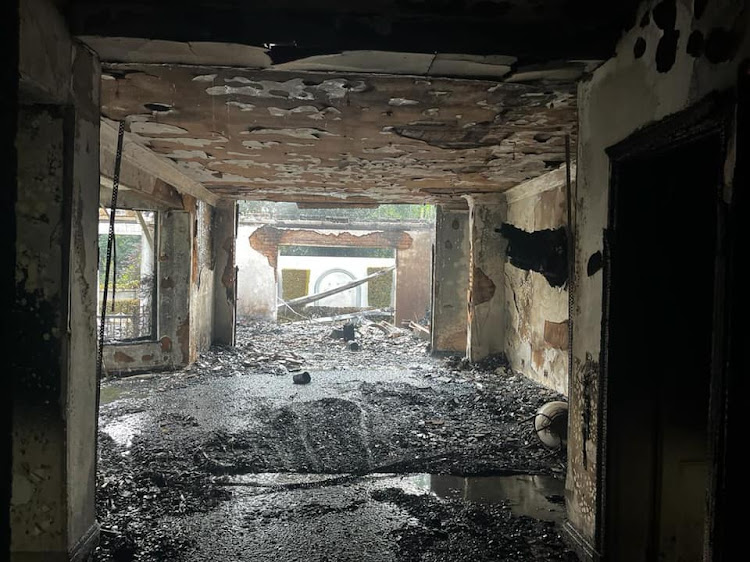 One of the homes allegedly targeted by the 'lone arsonist'.
Image: Facebook

Inspector Morris Zwane, acting divisional chief of fire safety and research, said while he was not sure of an arsonist at large, he could confirm that there had been “a lot of fires in the area”.

Zwane said arson was not easy to detect and prove and that a lot of evidence — such as a fire burning faster than expected, burning from the ground up with intense heat and incendiary devices or the presence of an accelerant — was needed before it could be concluded that a fire was deliberately set.

The ward councillor for the area, Martin Williams, said he had heard about the arson cases and was trying to confirm them.

Andre Snyman, founder and head of eBlockwatch, said he had been alerted to suspicions of an arsonist but had been asked to hold off on making any information public by insurance companies and investigators “who obviously want to catch the guy”.

Snyman took to the group's Facebook page where he posted an interview with a Hurlingham resident whose home was torched by the alleged arsonist in November.

Shelly Browner says “Arsonist in Hyde Park, Dunkeld and Illovo. I can’t believe this hasn’t been in the news but there...

In the video, the woman said they had camera footage showing the arsonist breaking into a home and setting it alight before leaving.

“He didn't steal anything ... I don't think his intention was to steal,” she added.

The fire was contained before it could completely destroy the house.

Snyman said he had been informed of several incidents in recent weeks — some of which he can confirm and has spoken to the victims, others he has been unable to trace.

“What we do know is that there is a guy out there, and he operates alone. He seems to watch his victims and then burns their homes down when they are away. He goes in, eats whatever food he can find, throws around some bottles of wine — sometimes wees on the floor or defecates on the carpet — and then sets fire to the place. He doesn’t take anything,” Snyman said.

A more traumatic incident happened towards the end of last year when, Snyman said, an elderly couple were home when the arsonist struck. He beat them up, locked them in the study of their home, set fire to the place and told them 'You’re going to die',” Snyman said.

The couple was saved by their neighbours who managed to pull them out through a window.

Snyman is putting together a catalogue of information on the arson attacks and asks that those interested in knowing more or contributing to the discussion log on to the eBlockwatch page on Facebook where they can register their interest.

A fire in the upmarket Johannesburg suburb of Hyde Park that gutted a home has shone a spotlight on faulty fire hydrants and the shortage of fire ...
News
1 year ago

CRIME STATS | 963 cases of arson between October and December 2021