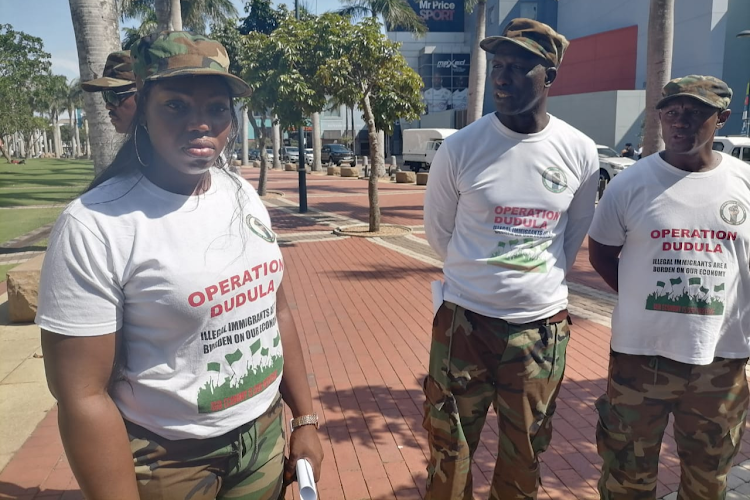 Operation Dudula member Philani Gumede, who was arrested for incitement to cause public violence via a voice note, was granted bail in Durban on Wednesday.

Gumede appeared briefly in the Durban magistrate’s court where he was released on R5,000 bail.

Brig Jay Naicker, KwaZulu-Natal police spokesperson, said Gumede was arrested on Tuesday for allegedly creating a voice note calling for violence against foreigners in Durban. Gumede was charged with incitement to commit public violence and contravention of section 14 of the Cyber Crimes Act, according to NPA provincial spokesperson Natasha Ramkisson-Kara.

“It is alleged that Gumede created and forwarded a voice note to members of Operation Dudula asking people to gather and remove foreigners and their goods and lock their shops,” he said.

As part of his bail conditions, Gumede has to report to a local police station every Friday between 6am and 6pm. He is not allowed to use his social media platforms to incite or encourage violence against foreigners and he must report to the investigating officer when he wants to leave the Durban area or province.

The matter was adjourned to May 24 for further investigation.

Operation Dudula is taking its message to KwaZulu-Natal. That's the word from deputy chairperson Dan Radebe before a march on Sunday to mark the ...
News
2 months ago

Operation Dudula says it will march to the home affairs offices and then to the Point police station on Sunday, pending permission from the municipality.

Municipal spokesperson Msawakhe Mayisela said on Wednesday the city “denounces disinformation by Operation Dudula to the effect that it has granted it permission to march this Sunday”.

He said the application is being drafted and will thereafter be evaluated by the city manager.

“eThekwini municipality subscribes to the constitution that guarantees the right to march, however it has an inalienable responsibility of satisfying itself that marches are within the law and won't threaten the rights of other citizens.”

The arrest comes amid a warning from police that the organisation is poised to cause disruptions in KwaZulu-Natal and other provinces.

'If you listen when they speak, they all imitate me': Malema takes aim at Operation Dudula

"They are new in what they are doing. If you listen when they speak, they all imitate me," said EFF leader Julius Malema about Operation Dudula.
Politics
2 months ago

Rising vigilantism: SA is reaping the fruits of misrule

A march by residents, supported by Operation Dudula, to demand justice for a student who died under mysterious circumstances was called off on Sunday ...
News
3 months ago

Anti-migrant sentiment is a national emergency

Hounding people born elsewhere is a form of bigotry, no less than racism or sexism. Those who believe in equal treatment for everyone should campaign ...
Ideas
3 months ago