Dark, cold season ahead? Eskom will cut back on planned maintenance to reduce load-shedding in winter 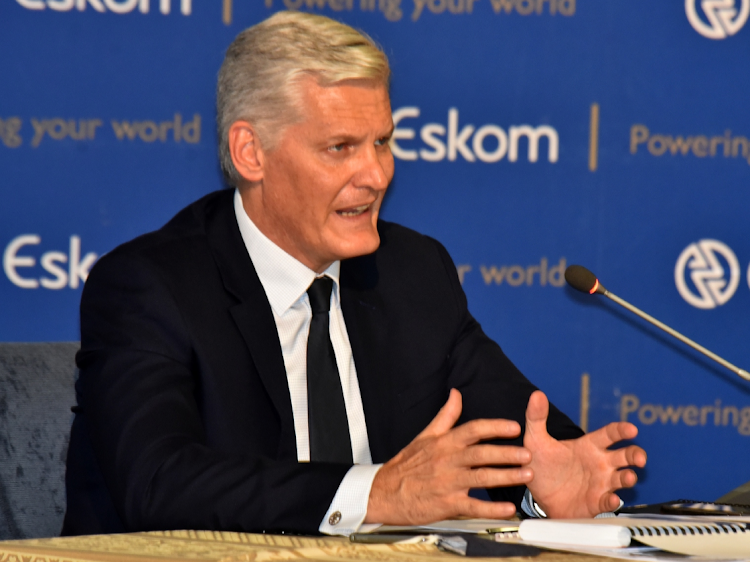 Eskom CEO Andre de Ruyter said the power utility is working around the clock to address the issues that cause load-shedding. File photo.
Image: Freddy Mavunda

Eskom CEO Andre de Ruyter said on Tuesday the power utility will cut back on planned maintenance this winter in an effort to reduce load-shedding during the coldest months.

De Ruyter said load-shedding, which is being implemented at rotational stage 2, is regrettable and Eskom is working around the clock to address issues that cause the outages.

The power utility attributed the blackouts to unit failures and continued delays in returning units to service. Load-shedding will continue until 5am on Friday.

“We are approaching winter when we will throttle back on planned maintenance, meaning we will not be doing as much as we have been doing during summer. We have also seen historically the generation fleet performs much better during winter. The outlook for winter is not entirely dire, but we need to ensure we can enable the capacity to stay on the grid,” said De Ruyter.

The utility’s control manager Gavin Hurford said because of uncertainties in the company, it does scenario planning. It predicts unplanned power unavailability will be between 12,000MW and 15,000MW, which translates to about 100 days of load-shedding in winter.

He said this would be the worst case scenario, which Eskom aims to avoid.

“Certainly there would be some load-shedding. We will see it in the evening peaks,” said Hurford.

De Ruyter emphasised the importance of maintaining power units, saying the company cannot afford to put off maintenance, as was done in the past two decades. He said Eskom should be doing up to 18% of maintenance, but in the past 20 years or so this was significantly less.

“We did less than 10% on an annual basis and the very poor outcomes of this lack of maintenance are now clearly visible throughout the system in terms of reliability and predictability. Maintenance is not something you do and then stop,” he said.

LISTEN | Maintenance not something you do and stop: Eskom’s De Ruyter

Eskom is scrutinising contracts to buy power from a government programme for private developers to quickly bring on board additional generation.
News
4 months ago

Two men were sentenced to an effective 20 years' jail term each for fraud and corruption that cost Eskom R35m.
News
4 months ago