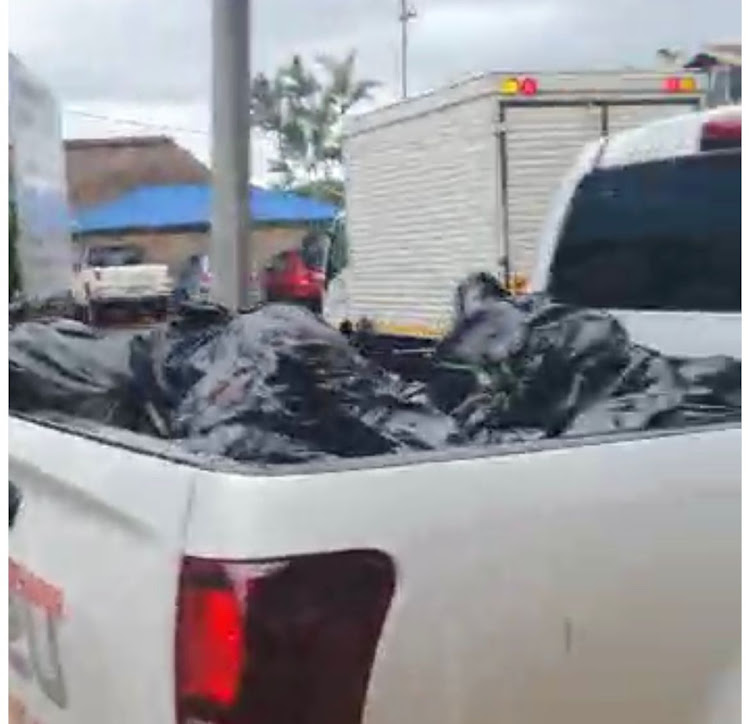 A donor recorded a video in which she claimed that flood relief aid was being stolen by municipal officials.
Image: Supplied

A video of alleged flood donor aid theft from Durban's Virginia airport which has gone viral is "fake news".

The City of eThekwini said a video posted on social media on Monday in which a donor recorded city officials in a van, a truck and a police vehicle carrying water was misleading.

In the video, recorded by a woman who arranged humanitarian relief to be distributed to communities after floods ravaged the province, said she was notified that city officials were "stealing" truckloads of aid.

She said she had parked her car in front of the municipal vehicles, preventing them from driving off and sought clarity from officials.

The city said it was aware of the video.

"The driver was not stealing. She is one of our employees in the community participation unit and is assigned to deliver donation to one of the townships.

"We can confirm reports that some residents are insisting that donated goods be delivered to areas of their choice and typically the areas they dictate are not the most affected."

It was "unfortunate" that the employee's reputation was tarnished and and the public should stop spreading fake news.

Zain Soosiwala of the Active Citizens Coalition told TimesLIVE he contacted the municipality to clarify the contents of the video.

They told him city officials were sent to Virginia to collect aid for affected residents temporarily housed at community halls.

Soosiwala said he was told that due to a lack of communication between stakeholders the donor decided to take a video "claiming the city is stealing" while police and other stakeholders were told the relief was meant for the city.

The video comes amid concern by civic bodies that government should ensure the funds and aid allocated to the flood disaster efforts are not stolen or misused.

KwaZulu-Natal premier Sihle Zikalala has slammed allegations of preferential treatment in a video of a tanker delivering water to his north coast ...
News
3 months ago