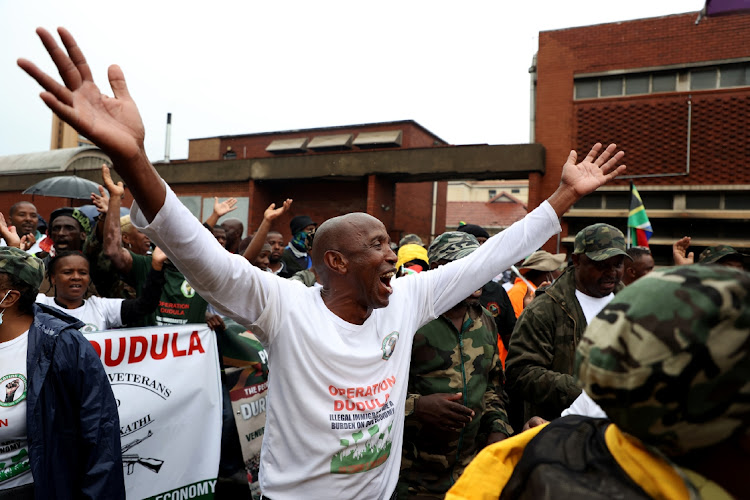 One person died and another was wounded during a clash on Monday between Operation Dudula members and residents of an informal settlement in Kliptown, Soweto.

“It is alleged that at about 4.30pm a group of people, allegedly residents of Pimville with Operation Dudula members, marched to Chicken Farm informal settlement in Kliptown. Pimville residents are complaining about theft of electricity cables,” police spokesperson Brig Brenda Muridili said

There was an altercation, shots were fired and one person was certified dead on the scene while a second person was wounded. “She was shot in the leg.”

There were reports of four more people taken to hospital with injuries.

“We are tracing these injured people. The victims are reported to be South Africans,” she said.

Home affairs minister Aaron Motsoaledi has dismissed suggestions that he has "outsourced" assistance for his department to Nhlanhla Lux Dlamini, the ...
Politics
3 months ago

Operation Dudula leader Nhlanhla “Lux” Dlamini on Wednesday appeared at the Meadowlands magistrate's court in connection with a 2019 case of assault.
News
3 months ago

Dlamini called on authorities to root out illegal immigration rather than accuse his movement and its members of being xenophobic.
News
3 months ago