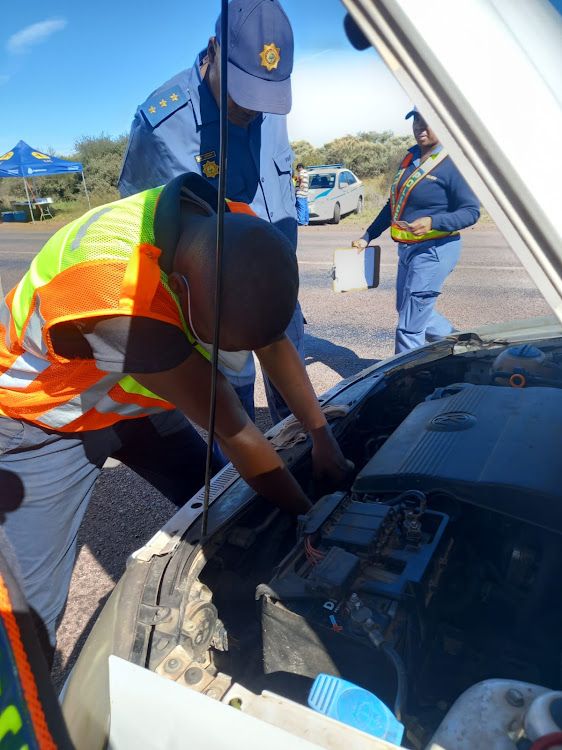 Northern Cape police at a roadblock during the Easter weekend.
Image: SAPS

Almost 300 people were arrested in the Northern Cape over the Easter weekend.

Police on Tuesday said 295 suspects were arrested in operations throughout the province from April 15 to 18.

The Easter weekend operations also included the confiscation of drugs, dagga, liquor and dangerous weapons. Drugs and dagga confiscated amounted to R347,365 while 28 dangerous weapons, other than firearms, were seized.

“The arrested suspects are expected to appear in the respective magistrate’s courts in the five districts on various charges, ranging from possession of suspected stolen goods to  dealing in drugs, drunken driving, traffic violations, drinking in public and assault.”

A group of 77 "starving illegal miners" were rescued from underground and later arrested while four decomposed bodies were brought up from a shaft in ...
News
3 months ago

A 27-year-old suspect was arrested after being found with dagga wrapped around his waist on Monday afternoon at Jeppes Reef border post.
News
3 months ago

One person died and another was wounded during a clash on Monday between Operation Dudula members and residents of an informal settlement in ...
News
3 months ago

A gang of 12 armed men is behind bars after police ambushed them during a robbery attempt in Benoni, Ekurhuleni, on Saturday afternoon.
News
3 months ago