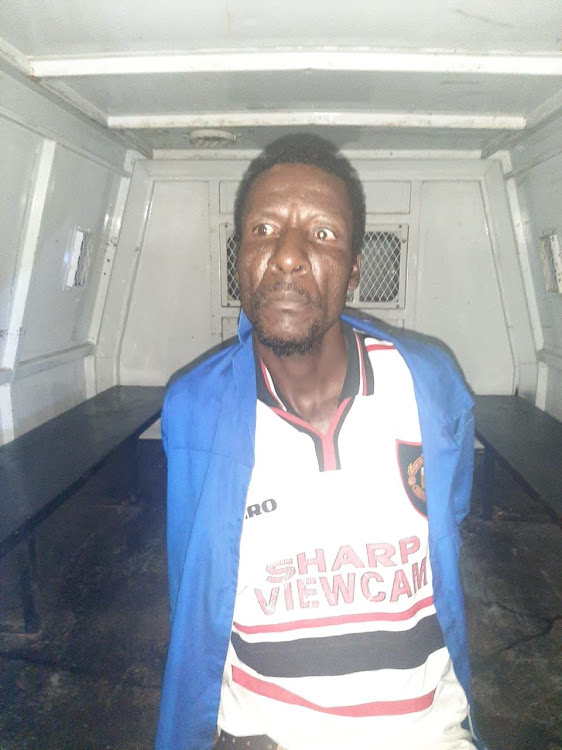 Shabangu Amos Mashaba, who escaped from the Barberton Correctional Centre on April 14, was re-arrested at Mhlambanyathi near Hazyview.
Image: Supplied

A prisoner who escaped from the Barberton Correctional Facility in Mpumalanga last week was rearrested on Tuesday night at Mhlambanyathi, near Hazyview, the department of correctional services confirmed.

Shabangu Amos Mashaba was convicted in 2003 for murder, rape, theft and robbery.

Department spokesperson Sechaba Mphahlele said a charge of escape from custody will be added.

“He has been placed in custody to continue serving his sentence in a maximum-security correctional facility."

The search for Juneal Jacobs, who escaped from the Malmesbury Correctional Centre last week, continues.

He was one of three remand detainees who escaped and was awaiting trial for murder.

“Two others have been rearrested. The DCS is working around the clock with law enforcement agencies to find him.”

Mphahlele said investigations into the circumstances that led to the escape were continuing.

“DCS remains committed to incarcerating inmates in safe and secure custody in the process of rehabilitating them.”

The department of correctional services on Thursday reported that a 'dangerous' convict has escaped from the Barberton Correctional Facility in ...
News
3 months ago

A Western Cape prisoner who escaped  from the Malmesburg Correctional Facility only had a short taste of freedom being rearrested within hours after ...
News
3 months ago

Parliament's portfolio committee on justice and correctional services has resolved to summon the public works and infrastructure department to ...
Politics
6 months ago