Will the R8k KZN rebuild voucher from government be enough? Here's what it will get you 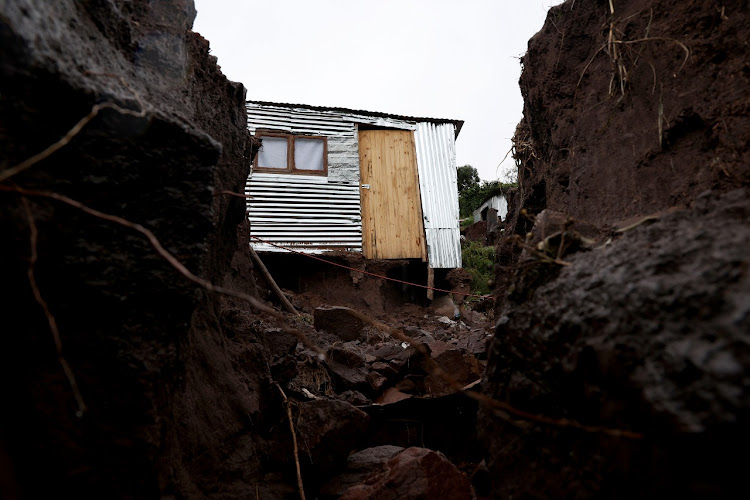 The government is considering erecting temporary housing units on stands where it is safe to rebuild damaged homes and giving affected families R8,000 vouchers they can use to buy building materials.
Image: Sandile Ndlovu

The government is considering immediate relief measures to help flood victims in KwaZulu-Natal.

Sunday Times reported  government was considering appointing an independent agency to manage the billions of rand earmarked for disaster relief in the province.

Other steps include erecting temporary housing units on stands where it is safe to rebuild damaged homes and giving affected families R8,000 vouchers to purchase building materials.

At least 443 people died, with dozens of people still unaccounted for. Nearly 4,000 homes were destroyed and more than 40,000 people were displaced.

How much does building material cost?

According to a building contractor website, Procompare, the average cost of building materials in SA ranges from R1,000 to R6,000, depending on the material.

The National Building Regulations (NBR) reportedly state that the floor of any permanent building used as a “dwelling house” must be no less than 30m². Permanent category 1 building may be smaller, 27m², and temporary buildings can be as small as 15m².

A quick glance on Builders Warehouse shows the cheapest door is a single hollow core door for R309. The cheapest wooden door at Cashbuild is R259.95.

Western Cape government housing project slammed for being 'out of touch'

"Who is the out of touch person who thought THIS is how you talk to amongst the poorest people in the province?" wrote one social media user.
News
10 months ago

How much does a ready-made shack cost?

Ready-made shacks are built of sheets of corrugated iron nailed together on a wooden frame, with one wall containing cutouts for the door and one or two windows.

Issac Mguni, a Johannesburg-based shack builder, said ready-made shacks could cost R20,000 to R25,000, depending on size, materials, location and how well it is built.

“Some ready-made shacks are made up of a kitchen, more than one bedroom and a living room. They can house a double bed, wardrobes and have its own electricity box,” he told TimesLIVE.

How long does it take to build a shack?

Tebogo Johane, a Mabopane-based shack builder, told TimesLIVE a bachelor pad shack can take a day-and-a-half to build. Building a three-bedroom structure could take about a week — a fraction of the time it would take to construct a brick dwelling.

“I make them [shacks] the same height as a regular house and I build them in such a way that a full ceiling can be installed. They can have bathrooms and a kitchen, a garage, whatever my client wants,” he said.

The most important factors to consider when building a shack is to make sure it is rat and leak proof.

“I paint carbolineum oil on the wood before I use it. The way I link the sheets as well. Mine are able to withstand heavy rain and won’t budge because of the technique I use of drilling holes into the corners. My work could last five to 10 years,” Johane said.

News, facts, figures, interviews, views and analysis of the impact of the KwaZulu-Natal and Eastern Cape floods
News
3 weeks ago

The recent devastating floods in parts of KwaZulu-Natal and the Eastern Cape are the “worst we have seen in living memory”, Cogta minister Nkosazana ...
Politics
2 months ago

Cogta minister Nkosazana Dlamini-Zuma has gazetted regulations for the national state of disaster prompted by devastating floods in KwaZulu-Natal and ...
Politics
2 months ago

News, facts and figures of the floods that ravaged KwaZulu-Natal and the Eastern Cape
News
2 months ago

'I can promise you to be poor in Langa in Cape Town is 100%, probably 1,000 times better than being poor in many townships in the rest of the ...
News
2 months ago

An eThekwini ward councillor has apologised for swearing at a resident who asked for assistance after devastating floods wreaked havoc in ...
News
2 months ago

‘Everything was burnt here’: Langa rebuilds after hundreds lose homes