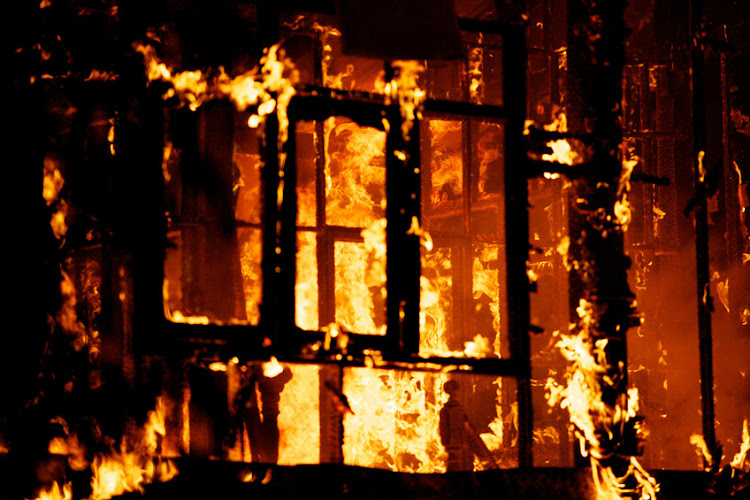 Two men appeared in court in connection with the murder of a couple were who found dead inside their gutted home. Stock photo.
Image: 123RF/donghero2003

The two men who were arrested in connection with the brutal murder of a Limpopo farmer and his wife last week appeared in court on Monday.

The Vuwani magistrate's court remanded Mukhethwa Goodman Magoma and Engetelo Advice Sambo in custody until May 11 for further investigations.

The two were arrested last Thursday following the brutal farm murder in Levubu of Andries Nicolas Louis and Ina Cloete, who were burnt beyond recognition.

Magoma and Sambo were arrested the next day at their homestead in Hasani village in the Malamulele area.

Police investigations revealed that the Cloetes were accosted by two suspects who attacked the farmhouse and took several items, including firearms, and loaded them into the family vehicle. They set the house alight before leaving.

A passer-by noticed two strangers on the premises. The two were about to leave in the farmer’s vehicle but realised they had been spotted and fled the scene on foot, leaving the vehicle full of belongings behind.

Police were notified and on arrival found the farmhouse on fire, with the farmer and his wife still inside.

Two suspects have been arrested in connection with the brutal murder of a Limpopo farmer and his wife, while the search for a third suspect continues.
News
3 months ago

Limpopo police are hunting for suspects who attacked a 74-year-old farmer and his wife and set their home alight – leaving the couple burnt beyond ...
News
3 months ago

Sgt Thabo Mosia created a sketch plan and took photos of the crime scene shortly after the 2014 murder of footballer Senzo Meyiwa.
News
3 months ago