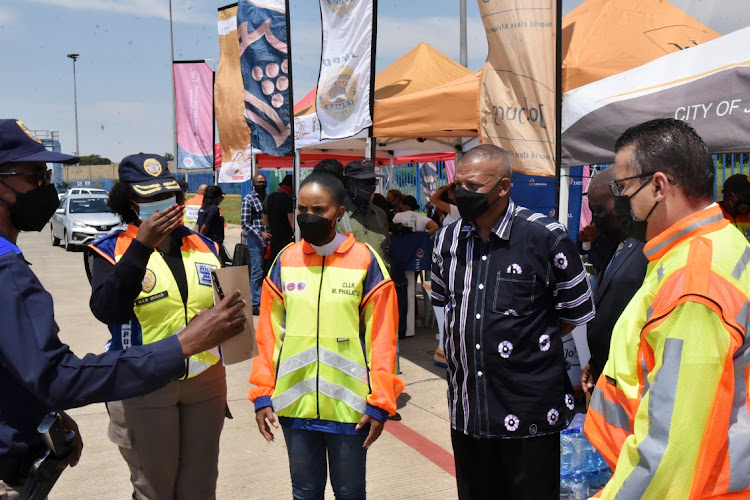 Johannesburg mayor Dr Mpho Phalatse with the speaker of the council, Vasco da Gama, and acting city manager Floyd Brink, who has been placed on special leave.
Image: Freddy Mavunda

Acting City of Joburg manager Floyd Brink has been placed on special leave amid an ongoing investigation into allegations of misconduct related to R320m procurement deals.

Mayor Mpho Phalatse announced on Tuesday evening Brink would be placed on special leave to give investigators “space” to look into misconduct allegations related to the non-compliance of procurement processes for hand-held devices and CCTV equipment for the metro’s department of public safety.

Phalatse said Christian Elhers would occupy the most powerful position in the city until a new appointment is made.

TimesLIVE can reveal that Brink's move to suppress Sibiya's powers came after a forensic report into Brink's conduct was finalised by the city's Group Forensic Investigative Services (GFIS), which is headed up by Sibiya.

Phalatse has since ordered that Sibiya be reinstated.

The forensic report implicates Brink in non-compliance after he allegedly approved two transactions, of more than R300m and R20m, to buy CCTV equipment and hand-held devices respectively. The transactions were allegedly signed off by officials in CoJ's department of public safety, despite them not having the authority to do so.

The GFIS, which is the city's investigative arm, commissioned the report to look into allegations of non-compliance regarding the approval processes of the public safety department.

The transactions, worth R320m in total, were with the Metropolitan Trading Company (MTC). It was responsible for the “supply, programming, maintenance and support of digital portable radio communication devices” while “providing support and maintenance of CCTV and access control and alarm systems installed in various buildings of the City of Johannesburg”. 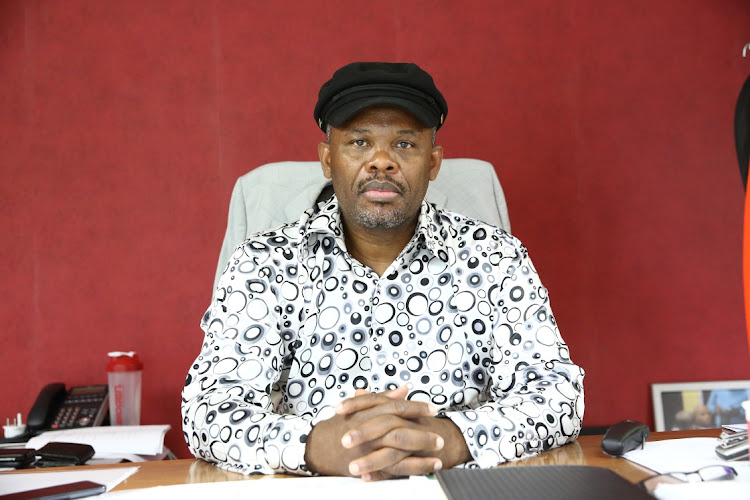 Corruption buster Shadrack Sibiya says Joburg's municipal manager, Floyd Brink, stripped him of his powers because he was investigating him.
Image: Thapelo Morebudi

The report found that Brink may have conducted himself in a manner which constitutes gross misconduct pertaining to the CCTV transaction which amounted to a figure above R300m.

TimesLIVE has seen the report, dated February 22 2022, which recommended that Brink’s conduct be reported to the council and that he be investigated.

The report says: “In respect of the Acting City Manager, Mr Brink, we have found, and demonstrated in the report, that pursuant to the conclusion of the transaction, and after it being flagged by the group finance department, it became clear to all role players that this transaction had been entered into in breach of the DOA (delegation of authority).

“This fact was specifically brought to Mr Brink’s attention in a report, dated 17 March 2021, in which his approval, presumably of the invoices arising from that irregular transaction, was sought. Accordingly, Mr Brink, as the Accounting Officer, knew or ought to have known that possible financial misconduct was committed by the relevant officials involved in the transaction who reported directly to him,” stated the report.

It found that Brink knew about the breach of delegation of authority when the R300m transaction was concluded as far back as October 30 2021.

“To date, Mr Brink has not taken any corrective or remedial action. This appears to constitute a dereliction of duty and a possible allowing or permitting of irregular expenditure.”

The report states that Brink did not respond to questions posed to him “but simply explained that he had appointed a subordinate to act in his position when payment was approved”.

It found a similar breach in relation to a set of transactions with MTC for hand-held devices. It found that the transaction was approved by the then HOD even though it was for an amount in excess of R20m — above his threshold.

The report found that this was brought to Brink’s attention but he failed to take corrective measures.

Brink was sent questions surrounding the report and whether he withdrew Sibiya’s investigation powers and authority in a move to bury the report.

He responded by saying: “I am advised the City's media team has told you, we don't comment on matters that must still be considered by the municipal council. Please refer your questions to Nthatisi (CoJ spokesperson) and Mabine (Phalatse's spokesperson) who you have been interacting with when you were writing your previous preconceived and factually incorrect articles.”

The saga started on April 11 when Brink sent Sibiya a letter saying that his investigation powers were suspended, based on the findings and recommendations contained in a report titled Document Review Report, which found prima facie evidence of alleged unlawful and improper conduct.

The report accused Sibiya of failing to provide a formal authorisation from the SSA which entitled him to procure and deploy intelligence-gathering equipment within the jurisdiction of the city.

But on April 15, the mayor wrote a letter to Brink and instructed him to reinstate Sibiya’s powers, saying the acting city manager illustrated a “serious misunderstanding of (his) role as the city manager and accounting officer within Johannesburg”.

However, Brink hit back on April 16, saying he could not “allow the continuation of alleged acts of espionage, fraud, corruption and maladministration”.

The gloves are off between City of Johannesburg corruption buster Gen Shadrack Sibiya and the city's acting municipal manager Floyd Brink.
Investigations
2 months ago