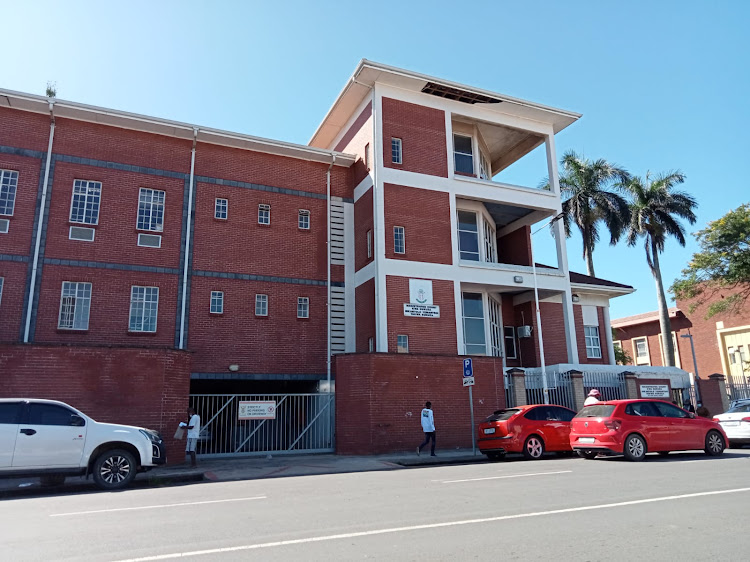 A Ballito woman made a brief appearance in the KwaDukuza magistrate's court on Thursday
Image: Mfundo Mkhize

A Ballito woman charged with killing her four-year-old daughter clutched a shopping bag tightly during a brief appearance in the KwaDukuza magistrate's court on Thursday.

The woman cut a timid figure as she appeared briefly in the dock, looking straight at the magistrate.

Magistrate Blanche van Heerden asked media at the court not to reveal the woman’s identity as she has a 10-year-old child living on the south coast with the biological father.

“I would hate for a situation where the kid is victimised and bullied at school,” said Van Heerden.

According to a police statement uMhlali police received a complaint after the child’s death.

When police arrived at the house, they were allegedly told by the mother “the child had been difficult” and troubled her. The child, whose hands were tied with tape, was drowned in a bucket of water.

She was certified dead at the scene.

The woman was remanded until her next appearance on May 5 for further investigation.

A Ballito mother has been arrested for allegedly drowning her four-year-old daughter in a bucket of water, claiming she was troublesome and difficult.
News
3 months ago

Four people, including a gardener and domestic worker, have been arrested for the murder of an elderly man, reported missing over the Easter weekend ...
News
3 months ago

The high court in Polokwane on Tuesday sentenced three men to life imprisonment for the 2020 murder of a farmer in Limpopo.
News
3 months ago