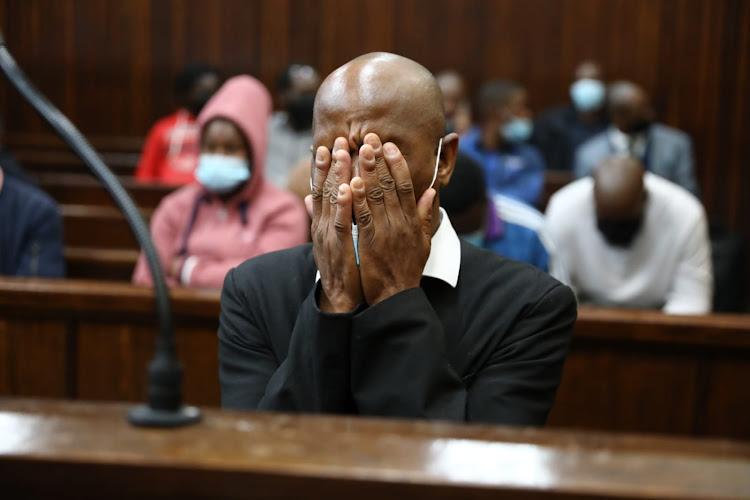 Police top management say there was nothing untoward about the dramatic arrest of the advocate representing Senzo Meyiwa’s alleged murderers inside the Pretoria high court on Thursday.

According to the statement, national police commissioner Gen Fannie Masemola is pleased with the outcome of Mawela’s investigation.

Advocate Malesela Teffo was removed from a high court case last month after he allegedly disrespected judge Winston Msimeki in a Johannesburg high ...
News
3 months ago

“Advocate Teffo was previously arrested by the SA Police Service on charges of common assault and trespassing after allegedly assaulting a female SAPS member and entering the SAPS Gauteng provincial building, in contravention of a high court interdict,” the statement said.

“After failing to appear before the Hillbrow magistrate’s court on several occasions, including January 27, a warrant of arrest ... was issued and withheld. The case was remanded to February 10. Advocate Teffo was again not in court and bail was finally forfeited to the state. An instruction was then issued by the court for the warrant of arrest to be executed.”

Police said Teffo knew about the warrant for his arrest “as he had contacted the investigating officer in this regard, proof of which the SAPS is in possession of”.

Advocate Malesela Teffo is appearing in the Hillbrow magistrate's court on Friday morning.
News
3 months ago

“It is also worth noting that advocate Teffo has previously provided various residential addresses to secure his bail. These addresses were visited but it was later discovered that he could not be traced as he no longer resided at the identified addresses.”

Police said the investigating officer consulted the prosecution when he found out Teffo would be appearing in the high court.

“Following the advice of the DPP (director of public prosecutions), the investigating officer would execute the warrant of arrest upon the adjournment of the matter, so as not to disrupt the court proceedings in a separate matter where the advocate is representing four of the five accused.

Police minister Bheki Cele said he had nothing to do with the arrest of Malesela Teffo, the advocate who is representing four of the five men accused ...
News
3 months ago

“While the intention was to execute the warrant outside the courtroom, the manner in which the events unfolded made it challenging for the team.

“As soon as the court adjourned, the investigating officer approached the advocate, who was making his way towards the court door.

“It is important to highlight that after informing the advocate of the execution of the warrant of arrest and informing him of his rights, the advocate went back into the courtroom.

“The investigating officer then followed him back inside the courtroom in a bid to ensure that the latter complies with the contents of the warrant of arrest,” the statement said.

Advocate Malesela Teffo was granted R10,000 bail on Friday after his dramatic arrest the day before in the Pretoria high court when the Senzo Meyiwa ...
News
3 months ago

“Advocate Teffo did not co-operate with the investigating officer which warranted the call for the assistance of the tactical response team members who were already posted in the same court for escort duties.

“Police have a responsibility to arrest a suspect in order to secure his/her attendance in court. Therefore, the execution of the warrant of arrest in this instance was the initiative of the investigating officer in consultation with his commander, which forms part of the members’ daily duties.”

Teffo appeared in Hillbrow magistrate’s court on Friday. He was granted bail of R10,000 and his case was postponed to May 27.

POLL | What do you think of advocate Malesela Teffo's arrest?

Advocate Malesela Teffo was arrested at the Pretoria high court on Thursday, apparently for failure to appear in court in Hillbrow for a separate ...
News
3 months ago

Advocate Malesela Teffo was arrested inside the Pretoria high court on Thursday, apparently for failure to appear in court in Hillbrow for a separate ...
News
3 months ago

The General Council of the Bar of SA says the arrest of advocate Malesela Teffo, representing some of the accused in the Senzo Meyiwa trial, showed a ...
News
3 months ago