Joburg on a creative cycle ride — an adventure in the making

Street art revealed while pedalling through the city 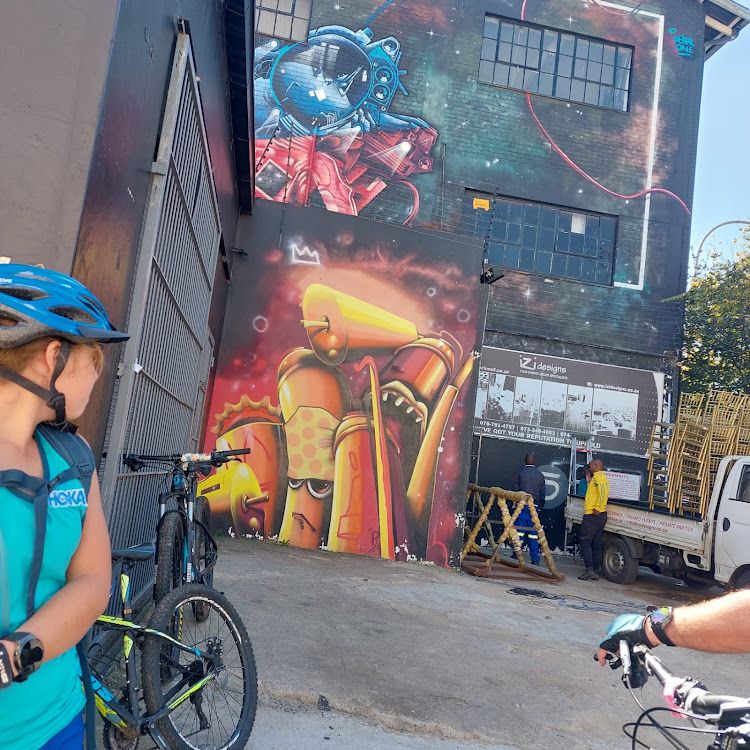 Street art in all its glory — from massive commissions to “throw-ups” by street gangs dodging police to show off their skills in prime positions — are scattered across Johannesburg.

The vibrant pieces are the focus of Kennnedy Welani Tembo’s micro adventures. Tembo, who walked out of the corporate world in 2017, has set himself up in a unique business which, as he puts it, “perfectly combines all my passions — Johannesburg, art and people”.

As an energetic tour guide with connections everywhere, it is his mission to get jaded Joburgers out of their dull bubbles and show them the magic sides of the city.

A public holiday in chilly autumn was the ideal time to get into the saddle for his Jozi Graffiti Cycle Tour that starts at Victoria Yards in Bertrams at a respectable 9am.

Smiling brightly, Tembo was ready for the Sunday gang and asked each person to introduce themselves. A personal trainer and gym owner, a brand manager from Cotton On, some corporate moguls, two wealth managers, a school pupil and a journalist made up the mix.

The ride from Victoria Yards under the watchful eyes of guide Tembo and investment manager Clive Smedmor, who took on the role of sweeper at the back, was smooth and easy as Tembo’s pace was relaxed and his stops frequent while he pointed out artworks. 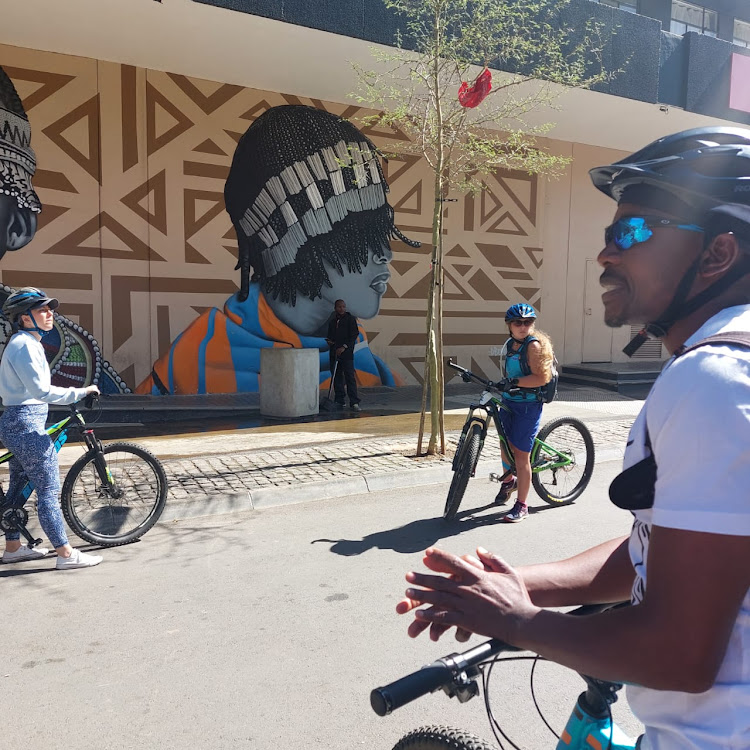 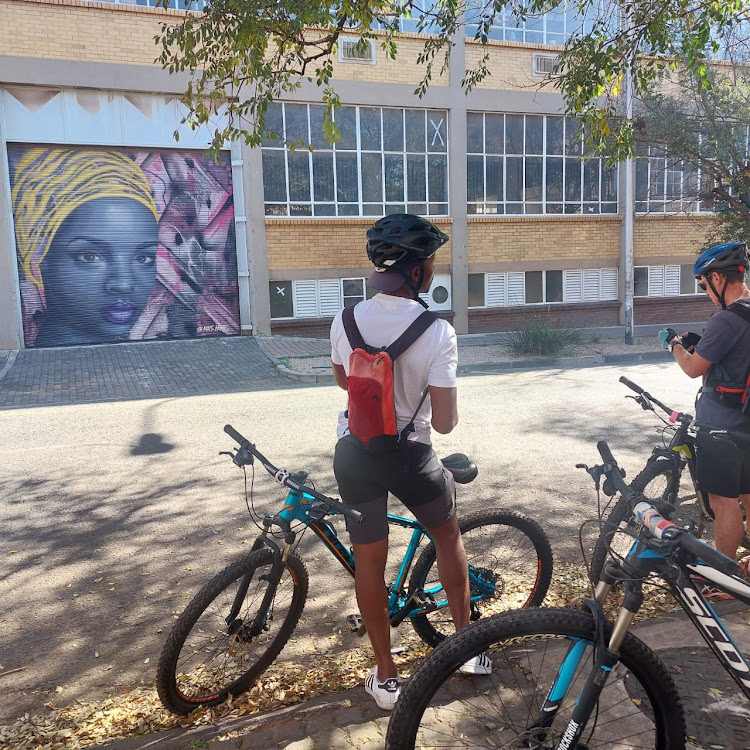 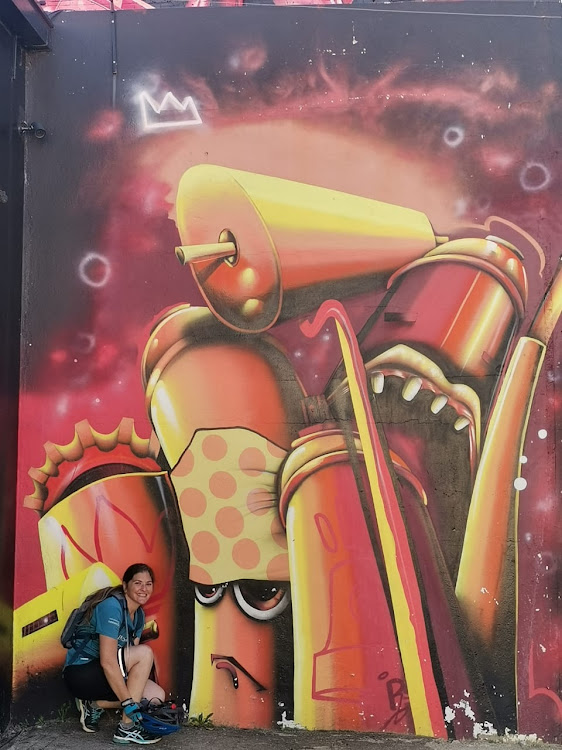 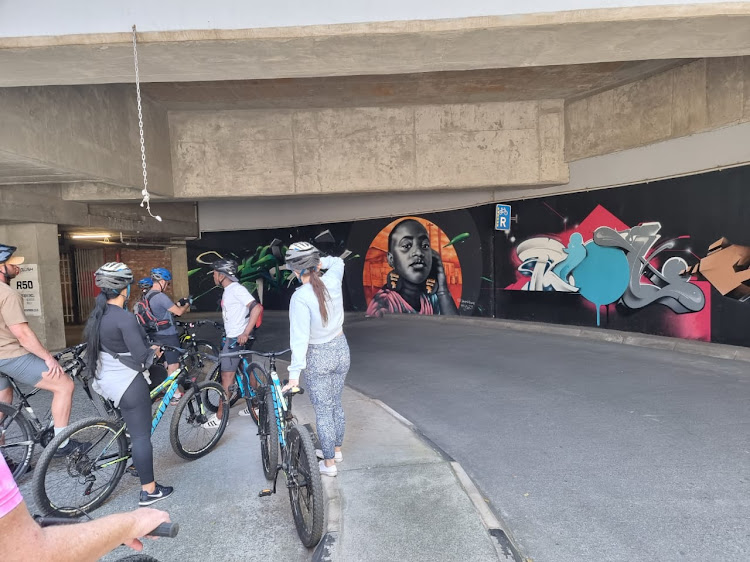 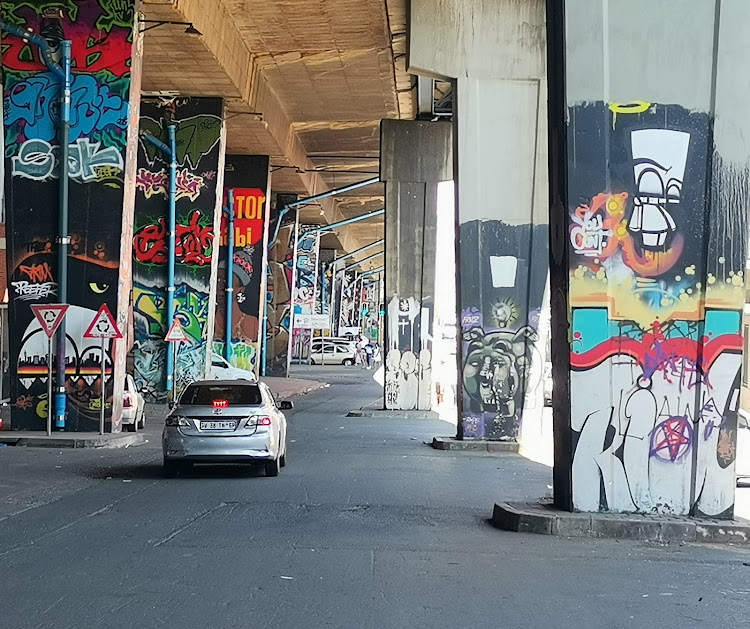 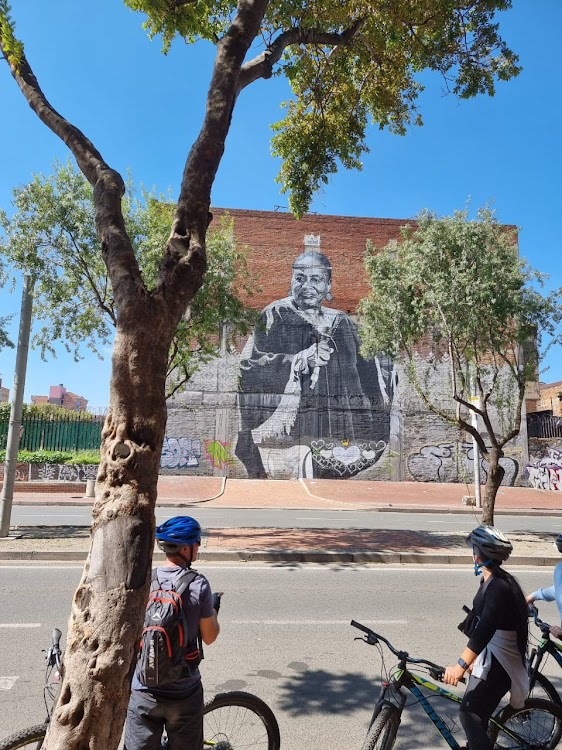 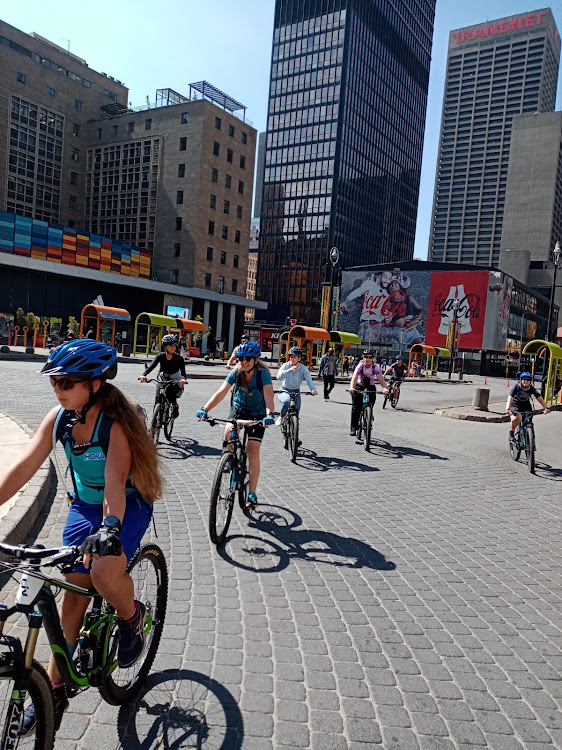 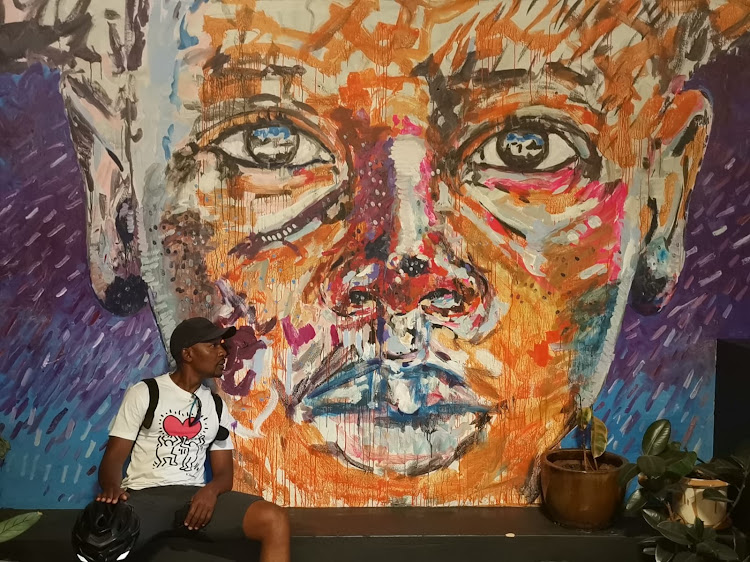 “Our street art is probably the dopest in the world. We have such talent here and people don’t realise it,” Tembo said as he pointed out the works of local graffiti artists including Dekor_One, Dbongz, Falko1 and Faith47 and pieces by well-known international artists such as Shepherd Fairey (Obeygiant), Alexandre Farto (Vhils) and Belgian street artist Roa, who is the man behind the urban jungle piece sporting wild animals in black and white emblazoned down the side of a brick building in Maboneng.

After snaking through the inner-city the tour stops off at the Hallmark House Hotel, where Tembo took the group to check out the trendy Marabi jazz club where local chef and cooking show personality Katlego Mlambo is resident chef and creator of the menu.

“Come on pay day. It’s a treat. I can’t even afford to eat here,” Mlambo joked during a brief visit with Tembo and his crew.

Cycling through the city was less daunting than expected as motorists were generally friendly.

“I think I’m in the twilight zone. Even the taxis are stopping for us,” Smedmor commented while he hung at the back to ensure nobody was left behind.

Maboneng, the inner-city, Newtown and Braamfontein all featured on the micro adventure which ended back at Victoria Yards, a jolly cosmopolitan venue featuring everything from fish and chips to Greek and Asian food.

“The mint and lemons we use are from these gardens,” quipped one vendor whose stand was among the scattered art studios, food stalls and live music offerings.

Joburgers may be dulled by crime and grime, but for those willing to venture out, there are bright adventures waiting to be had.

The International Public Art Festival this year focused on the city centre, adding 10 new works inspired by the theme of 'humanity'
Lifestyle
1 month ago

Take a trip down to flavourtown at the vibey Marabi Club

International DJ sensation Black Coffee is on a mission to raise R3m for students in the creative arts field.
TshisaLIVE
1 year ago