LISTEN | Your children will not be able to escape the impact of climate change, say experts 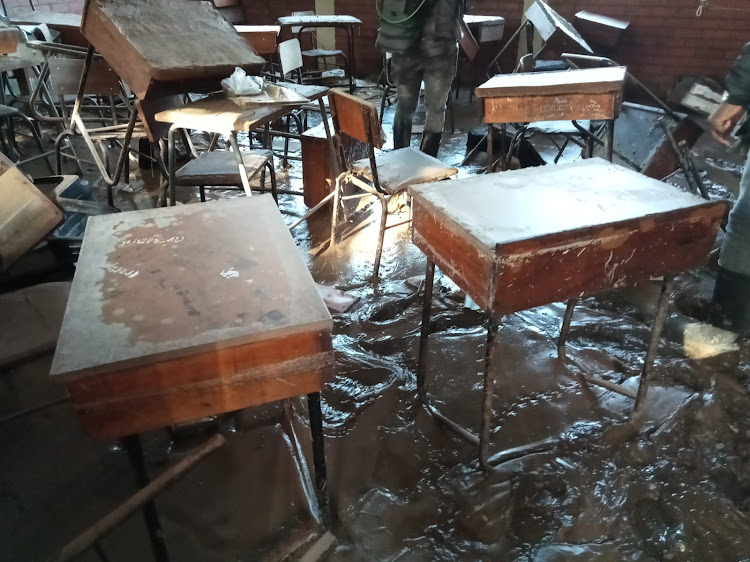 About 630 schools in KwaZulu-Natal were affected by the floods, with 101 rendered temporarily inaccessible. This was the scene at Brettonwood High School in Durban.
Image: Mfundo Mkhize

It is too late to avoid the impact of climate change which, according to experts at the Centre for Environmental Rights, can already be felt across the country.

After SA experienced devastating flooding in parts of KwaZulu-Natal and the Eastern Cape which devastated infrastructure, displaced thousands and led to the deaths of 435 people, President Cyril Ramaphosa visited the flood-stricken areas. He said the flooding was a result of climate change and SA would need to improve its disaster response.

According to Centre for Environmental Rights climate advocacy lawyer Brandon Abdinor and environmental futures and strategist researcher and consultant Prof Nicholas King, the president was correct.

King, who has conducted much research and modelling on the subject, outlines the dramatic effects we can expect in coming years. These effects include increased droughts, floods, food and water insecurity and socioeconomic upheaval as a result of limited resources.

He says these effects are already prevalent and SA’s youth will need to adapt to a different and hard reality.

Abdinor says SA is not taking the problem seriously enough. While he commends the good works being done by certain sectors of society and says SA has a lot of progressive policies in place, the turnaround time and active implementation of such policies does not reflect the reality that the consequences of climate change are not a distant consideration but are now on our doorstep.

The Presidential Commission on Climate Change had a consultative conference with the financial sector this week. What is clear is that climate change ...
Business Times
3 weeks ago

Humanity on 'spiral of self-destruction' as disasters rise, UN warns

Increasingly frequent and intense disasters have killed or affected more people in the last five years than in the previous five-year period, and ...
News
3 weeks ago