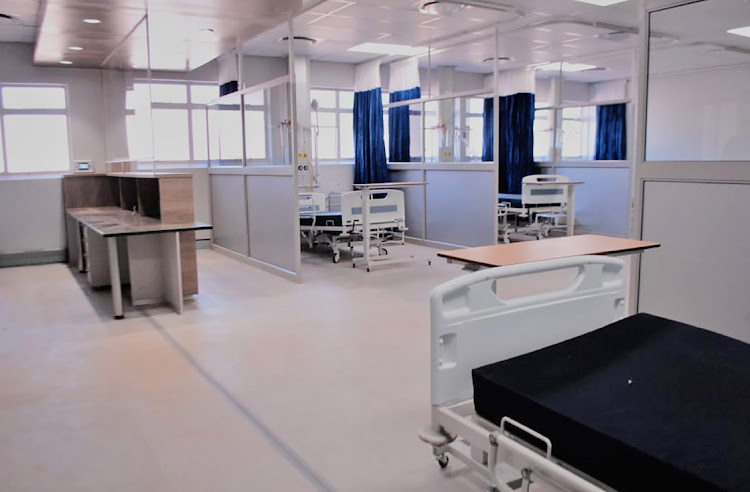 AngloGold Ashanti Hospital in Carletonville on the West Rand was vandalised and equipment stolen a month after its decommissioning.
Image: Ziphozonke Lushaba

In the latest saga to hit the embattled AngloGold Ashanti Covid-19 field hospital a suspect has been caught with stolen equipment after the hospital was broken into.

During the height of the pandemic the West Rand hospital was set to become a facility for the hundreds of Covid-19 patients overflowing from hospitals in Gauteng.

A budget of R50m to convert it into a high-care facility soon ballooned to R588m, of which R499m was spent, prompting an investigation by the Special Investigating Unit.

In April, the Gauteng health department announced the facility was closed on March 31 and that it was being dismantled after its decommissioning.

Spokesperson Kwara Kekana said all movable assets were being removed from the Carletonville facility.

On Wednesday the department said a suspect was in police custody after being caught “red-handed” with stolen equipment by security personnel outside the decommissioned hospital. 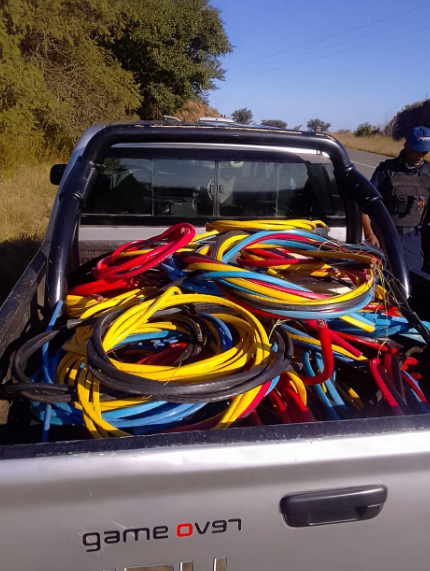 A search for two other accomplices is under way and a case has been opened at the Carletonville police station.

“The theft happens at a time when the Gauteng department of health had commenced with the process to move equipment and machinery out of the facility.

“One suspect was caught red-handed while loading a bakkie with stolen property outside the hospital premises while the other two fled.”

The culprits are said to have forcibly gained entry to the hospital where they allegedly stole copper cables, gas stoves, monitors, mattresses and vandalised two state-of-the-art digital X-ray machines.

“The department's asset management team is on site undertaking an inventory of movable and non-movable assets to ascertain the extent of the damage and theft and to allow for remaining equipment to be relocated as planned.

“The department condemns the act of theft and vandalism. This robs the public of much-needed and valuable healthcare equipment critical for the provision of services to communities.”

Millions of rand later, Gauteng hospital is being dismantled as patients dry up

After a R499m upgrade by the Gauteng health department, the AngloGold Ashanti Covid field hospital on the West Rand has been closed and is being ...
News
3 months ago

Charlotte Maxeke Hospital repairs hampered by 'out of control' crime

Despite strategies to accelerate the repairs to and refurbishing of Charlotte Maxeke Johannesburg Academic Hospital, the process is still being ...
News
4 months ago