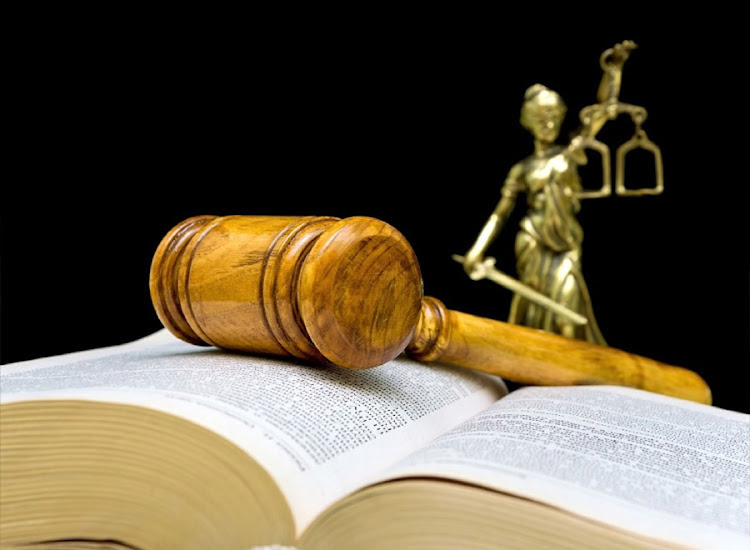 A lawyer who is being sued by a former client over a R1.5m property deal is under investigation by the Legal Practice Council. Stock photo.
Image: 123RF/EVGENYI LASTOCHKIN

The conduct of a Durban attorney is under scrutiny by the Legal Practice Council (LPC) for refusing to pay a client more than R1.5m for a property deal. He has been holding the money in trust since October 2018.

The transfer of the Sunningdale, La Lucia, property, owned by dentist Ian Hogg through a family trust, was registered in the new owner’s name in October 2019.

But the conveyancing attorney, Vishal Junkeeparsad, has steadfastly refused to pay over the proceedings, repeatedly claiming that Hogg and the trust have not provided him with documents, such as proof of residence, as required by the Financial Intelligence Centre Act (Fica).

Hogg, however, says he has supplied them three times and, if they were not in order, the transfer could not have taken place.

Hogg secured a high court order late last year compelling the law firm to give him his money and Junkeeparsad applied for leave to appeal the ruling. This was denied.

However, he has now informed Hogg’s attorneys that he intends to take the issue to the Supreme Court of Appeal.

Hogg, who emigrated to Australia in November 2018, says in his court papers that he suspects Junkeeparsad does not have the money any more and his repeated requests for proof of its existence in the law firm’s accounts or investment accounts have been ignored.

Hogg says just before emigrating he sold his dentistry business and Vishal Junkeeparsad & Company were appointed as conveyancers at the behest of the buyer.

Hogg says he complied with all Fica requirements on request by the attorney by the end of that year.

After a delay because of complications with a rates clearance certificate and the municipal account, the property was transferred to the new buyer on October 17 2019.

The law firm then again requested the same documents to comply with Fica for the proceeds of the sale to be transferred to the trust.

He couriered them from Australia, which took some time because of the Covid-19 pandemic.

In correspondence over the ensuing year, he was told that the documents had to be quarantined, that the offices were closed for holidays, that people were on leave or at court and various other excuses.

Hogg said he became frustrated by this. He was promised several times in early 2021 that the payment would be made. Eventually in March, he engaged attorneys to help him get the money.

Junkeeparsad then again asked for the same Fica documents, claiming the ones sent previously were now “older than three months”.

In response, Hogg’s attorneys disputed that this was necessary and asked for “proof of funds”.

Hogg said he believed the request for documents was an excuse not to pay him and he launched proceedings in the Durban high court to compel payment. This was opposed by Junkeeparsad, who insisted he was acting within Fica provisions.

In December last year, high court judge Mahendra Chetty ruled in favour of Hogg and his trust and ordered that Junkeeparsad pay over the money.

The exploits of convicted drug dealer and controversial police spy Timmy Marimuthu and Durban businessman Satish Isseri, who was once arrested for ...
News
9 months ago

The judge said the failure to pay “ostensibly in the name of compliance with Fica is worrisome” and appeared designed to delay payment and accountability.

The continued requests for the documents had “no foundation in law”. He granted a punitive costs order against Junkeeparsad and referred his judgment to the Legal Practice Council “for consideration of the law firm’s conduct”.

Earlier this year, Chetty refused an application by the law firm for leave to appeal his ruling.

Hogg’s attorney Chantele Shutzler told TimesLIVE that Junkeeparsad had now applied for leave to appeal to the SCA.

Responding to a request for comment, LPC spokesperson Kabelo Letebele said the matter was under investigation.

“There is also another pending court application concerning the same attorney,” he said, but declined to provide further details.

Junkeeparsad, who is no stranger to controversy and was recently sued by two advocates for fees, said the matters were sub judice and he could not comment at this stage.

A former state attorney official together with a family member and an associate are in hot water after the Special Tribunal ordered they must pay ...
News
1 month ago

A Cape Town family has expressed disappointment over the delay in the start of a culpable homicide trial involving a KZN midlands man who is accused ...
News
1 month ago

Chief justice Raymond Zondo said the arrest of anybody, let alone a legal practitioner, inside a courtroom is unacceptable and should not happen.
News
1 month ago