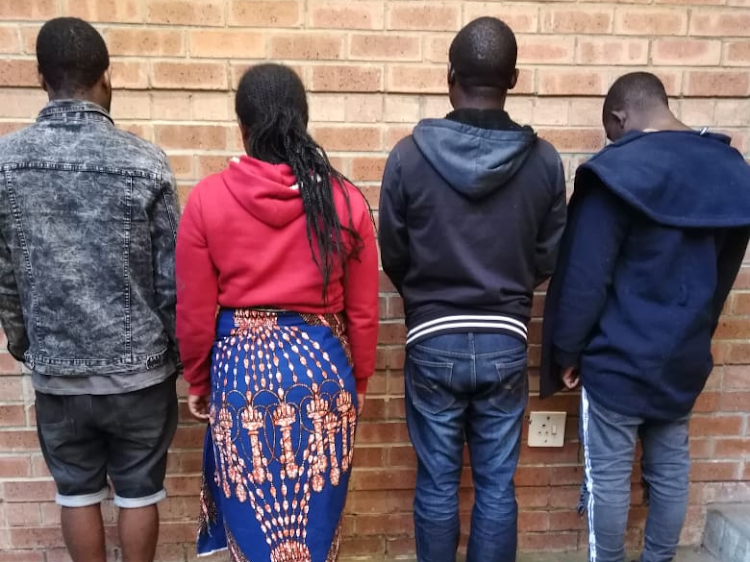 Th four suspects arrested for the murder of a 78-year-old man in Cresta, Johannesburg.
Image: SAPS

Four people will make their second appearance in the Randburg magistrate’s court on Friday in connection with the murder of an elderly man whose body was found in a shallow grave at his home in Cresta, Johannesburg last week.

Peter Richard Dobihal, 78, was reported missing by his tenant on April 16.

Police found his body buried in his garden last week after arresting four suspects,  including his gardener and domestic worker.

Officers discovered the victim’s car, a white VW Polo, was moving around Johannesburg and the victim’s bank cards were being used after his disappearance.

The four suspects are charged with kidnapping, murder and defeating the ends of justice.

An elderly man whose body was found in a shallow grave in the back yard of his home in Cresta, Johannesburg, was a “very nice chap" whom everybody ...
News
3 months ago

Four people, including a gardener and domestic worker, have been arrested for the murder of an elderly man, reported missing over the Easter weekend ...
News
3 months ago

Four suspects who allegedly kidnapped a Cape Town man and demanded a ransom from his family have been arrested by Western Cape police. The victim was ...
News
3 months ago

"Would it not be better if [the] minister did his performance after he and team catch the criminal?" asked veteran media personality Redi Tlhabi.
News
3 months ago