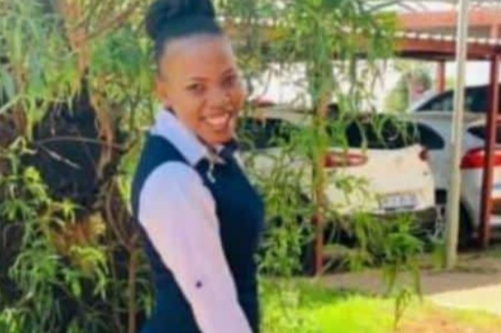 The case of a police officer alleged to have murdered assistant nurse Lebohang Monene at Tembisa Hospital in February has been postponed to July 11.

The man was due to appear in the Tembisa magistrate’s court on Monday on a murder charge.

“According to his doctor he will be in hospital for quite a while.”

Monene was allegedly shot dead by the police officer, believed to be her ex-boyfriend, who then turned the gun on himself.

‘We’re losing our fight against GBV by the second’: SA shocked over Tembisa Hospital shooting

"What happened today at Tembisa hospital is unforgivable. We've reached a new low as a country," said one user
News
6 months ago

The 30-year-old suspect allegedly entered the hospital on February 9 driving a police vehicle with its blue lights switched on. He stopped in the accident and emergency parking lot.

He called Monene out to the hospital entrance. According to eyewitnesses an argument ensued and a firearm was produced by the officer, who allegedly shot Monene dead.

The hospital was closed for several hours.

Medical staff honoured Monene in song as her body, covered in a white sheet, was taken to a mortuary van parked in the hospital grounds.

Accused allege they were tortured by police.
News
3 months ago

Western Cape police have confirmed that the 32-year-old Sea Point police constable who was seriously wounded in a shooting on Saturday at the New ...
News
3 months ago

Tembisa Hospital on the East Rand is operating with 50% fewer staff than needed to adequately service the demands of 2.5-million residents.
News
3 months ago

‘We used to share lunchboxes and laughs’: Shot Thembisa nurse honoured by colleagues and friends

Colleagues and friends of slain Tembisa Hospital nurse Lebohang Monene were united on Tuesday in paying tribute to their “ever-smiling” friend.
News
6 months ago