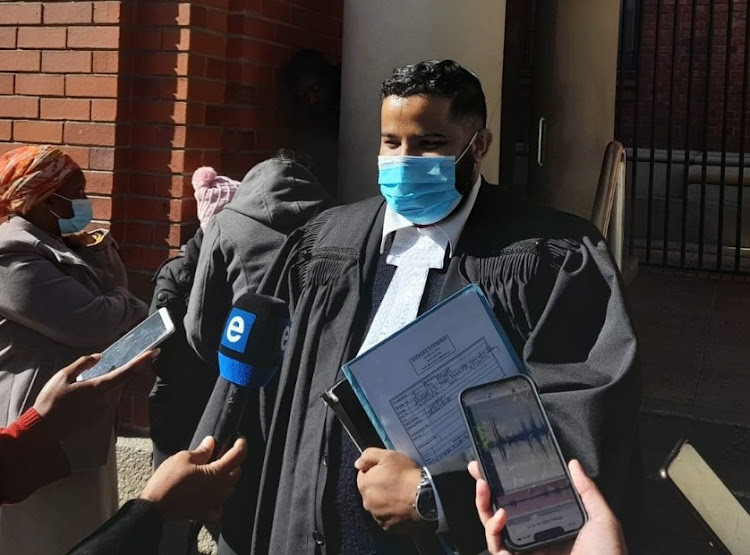 The man who allegedly shot and killed a police officer and two patients at a Cape Town hospital at the weekend has told the court he is suicidal.

Jaun-Paul Carl Malgas, 39, from Vredenberg on the west coast, appeared in Cape Town magistrate's court on Tuesday. He faces charges of murder, robbery, possession of an unlicensed firearm and unlawful possession of ammunition.

Police said Malgas allegedly disarmed and shot 32-year-old Const Donay Phillips in the head inside Somerset hospital on Saturday evening. He then allegedly shot two patients who died on the scene.

Police confirmed Phillips's death on Sunday. They said the constable from Sea Point police station had taken a suspect to the hospital when the incident happened.

Malgas was handcuffed and shackled in the dock. He told the court he suffered from severe depression and that he was suicidal. He abandoned his bail application.

Two patients at the New Somerset Hospital in Cape Town were shot dead and a policeman seriously injured on Saturday evening when a 40-year-old man ...
News
1 month ago

Eric Ntabazalila, the spokesperson for the prosecution, said the state would oppose his release on bail.

“He appeared in the handcuffs and leg irons because we needed to consider the type of crime he [allegedly] committed. He is also a threat. We needed to protect the court officials and members of the public,” said Ntabazalila.

“He told the court he suffers from severe depression and that he is suicidal. Some investigations still need to be done, including the ID parade. Witness statements still have to be obtained.”

The case was postponed to June 30 for further investigation.

“The instruction is not to bring a bail application at this stage,” said lawyer Shagan Shaun Balram, who is representing Malgas

The client is not in a good frame of mind ... he is suicidal and therefore exercised his right to abandon his bail application

“The client is not in a good frame of mind. As you will have heard in court, he alluded that he is suicidal and therefore exercised his right to abandon his bail application.”

Balram was not happy that his client appeared in court in shackles.

Asked if Malgas is a threat to the public, Balram said: “That is subject to one’s interpretation.”

He said he would await the state to finish its investigation before “consulting thoroughly with Mr Malgas”.

Balram said Malgas was a police officer for six years. “He did work, from 2002 to 2007, in the SA Police Service. He was a constable in the police when he left.

Western Cape police have confirmed that the 32-year-old Sea Point police constable who was seriously wounded in a shooting on Saturday at the New ...
News
1 month ago

“He has not been employed since then. He was not comfortable being at work, and there were some issues within the police that led to him leaving.”

Balram would not be drawn to say why Malgas has been admitted to the hospital. Malgas was covered in bandages.

“He was there for an incident that took place and he was receiving treatment. I will have to take instruction on that before I can go further into that aspect ...but currently he does suffer from depression, I believe as a result of him leaving his employment.”

“He is unemployed and he is single.”

“He feels he has a right to a fair trial and one must bear in mind that the state is still investigating and one is presumed innocent until proven otherwise.”

The plot to murder Hillary Gardee was allegedly hatched months before her abduction while she was out shopping with her adopted daughter in Mbombela, ...
News
1 month ago

The case of a police officer alleged to have murdered assistant nurse Lebohang Monene at Tembisa Hospital in February has been postponed to July 11.
News
1 month ago