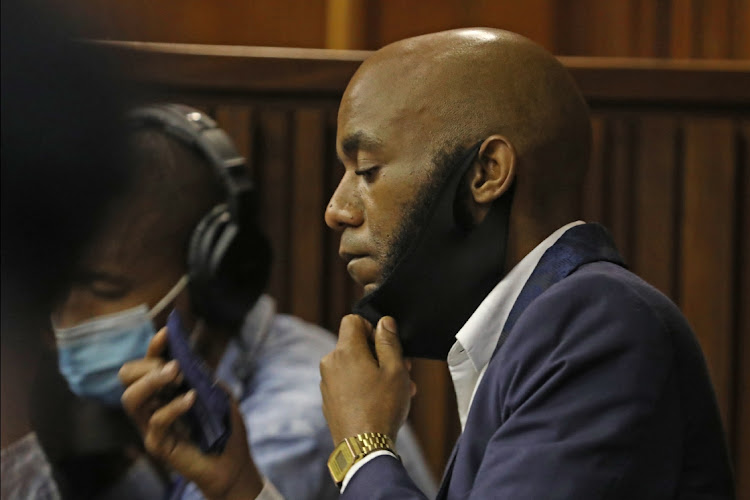 The sentencing of Ntuthuko Shoba was postponed to July.
Image: Thapelo Morebudi

Tshegofatso Pule’s uncle, Tumisang Katake, says his family is being denied a chance of closure after the postponement of the sentencing of murder accused Ntuthuko Shoba due to delays in the completion of a sentencing report.

Katake and NPA spokesperson Phindi Mjonondwane both addressed journalists outside the high court in Johannesburg after the postponement on Tuesday.

“Again we see our family being denied a chance at closure. From my understanding, the state was ready to proceed today but when we arrived in court the accused was not ready. The pre-sentencing report was outstanding. Inasmuch as we would have loved for the matter to proceed, that is not how the justice system works,” Katake said.

Ntuthuko Shoba, the murderer of Tshegofatso Pule, the mother of his unborn child in court today.

He asked the court for a postponement as his pre sentencing report is incomplete. The matter is postponed to 28 July 2022, the EFF will continue to fight for justice to get served. pic.twitter.com/X0eBqxlpsL

Mjonondwane said the NPA did not think the request for postponement was unreasonable considering it was the first in the case.

“We said in the interest of justice and to ensure fairness in the manner the trial is conducted we decided not to oppose their request for a postponement. We are confident by July 28 we will be able to proceed,” she said.

Shoba was found guilty of murdering his then-pregnant girlfriend in June 2020 after her killer Muzikayise Malephane confessed to the crime and implicated him as the mastermind.

She was found hanging from a tree in Durban Deep in Roodepoort.

Are you satisfied with the postponement of the sentencing?

The sentencing proceedings in the case of Ntuthuko Shoba, who was last month found guilty of murdering Tshegofatso Pule, are expected to begin in the ...
News
1 month ago

Shoba sentencing for Pule's murder set to start on Tuesday

The sentencing proceedings of Ntuthuko Shoba, the man who was found guilty of murdering Tshegofatso Pule, are expected to begin in the high court in ...
News
1 month ago

A delay in the filing of pre-sentencing reports has led to a postponement in the case of Ntuthuko Shoba, who was found guilty in March of murdering ...
News
1 month ago