SA ranked the most dangerous country to drive in — report 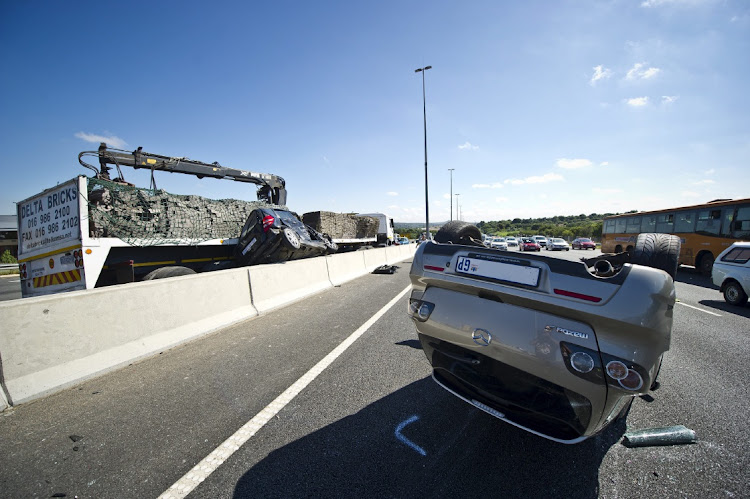 SA is the most dangerous country in which to drive, according to a recent survey.
Image: Gallo Images

SA roads have been ranked the most dangerous to drive in out of 52 countries, according to a survey conducted by Zutobi, an online driver's education company.

The data revealed that SA's overall driving score is 3.41/10.

There are an estimated 22.2 road traffic deaths per 100,000 of the population with an estimated 31% of front-seat passengers in SA wearing seat belts. SA also has the highest drunk driving fatality rate of 57.5%.

Malaysia has the lowest amount of alcohol-related road traffic deaths at 0.1%.

The other top 10 most dangerous countries in which to drive are Thailand, the US, Argentina, India, Croatia, Bosnia and Herzegovina, Malaysia, Bolivia and Peru.

“Thailand is the world’s second most dangerous country to drive in, scoring 4.35/10. This is due to Thailand having one of the lowest seat belt wearing rates and, possibly, that the primary mode of transport is motorbikes.

Former Johannesburg mayor Mpho Moerane is fighting for his life in hospital after being involved in a car accident.
Politics
6 days ago

“The US is ranked as the third most dangerous country, with a driving safety score of 5.03/10. This is due to 29% of road traffic deaths in the US attributed to alcohol, which is consistent with its high limit for blood alcohol concentration for drivers (0.08%),” said the report.

Norway has the highest overall safety driving score of 8.20 followed by Iceland and Estonia with 8.05 and 7.90.

In 2019 President Cyril Ramaphosa said SA has about 14,000 road fatalities each year.

“It pains me that our country continues to experience about 14,000 road deaths a year. In addition to the immense human cost of fatal accidents, there is a significant economic cost. Such accidents cost the country an estimated R147bn each year. We must arrest this dire situation for the sake of preserving the health of our people and the productivity of our country,” he said.

Former Johannesburg mayor Mpho Moerane is fighting for his life in hospital after being involved in a car accident.
Politics
6 days ago

"The smoke was coming out while I was still inside. I managed to escape."
TshisaLIVE
1 week ago