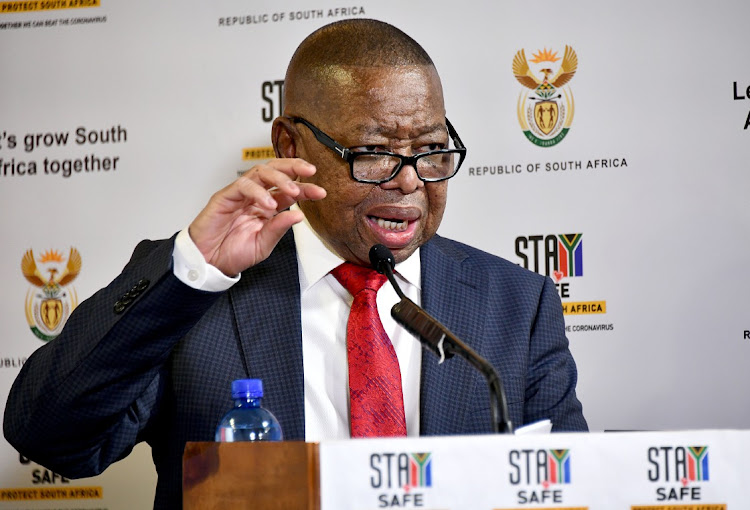 Higher education and training minister Blade Nzimande has shared an opinion on the status of Afrikaans, Khoi and San as indigenous languages. The DA said once these languages are officially recognised as indigenous, they cannot be legally deprived of the resources allocated to developing and promoting indigenous SA languages, including at SA’s universities. File image.
Image: Kopano Tlape/GCIS

The DA says it has long argued that previously marginalised indigenous SA languages must be developed to their full potential,  but this does not require the Afrikaans, Khoi and San languages to be classified “as 'foreign' or otherwise eroded”.

The party made this remark on Wednesday after it obtained a report containing the opinion of higher education minister Blade Nzimande who stated that the Afrikaans, Khoi and San languages are indigenous to SA.

It described this opinion as a historic victory for the protection and promotion of SA’s cultural and linguistic diversity in general, and for the speakers of Afrikaans as well as the Khoi and San languages in particular.

The DA, which has been on a quest to force national government to recognise the indigenous status of the Afrikaans, Khoi and San languages, said the legal opinion was obtained by Nzimande on October 11 2021.

The party said Nzimande’s office finally shared the document with it on Tuesday.

Afrikaans: A language as indigenous to SA as its first people

Blade Nzimande’s view that Afrikaans is ‘white’ is plain wrong, and prejudices the many coloured and black students who speak it, writes Hein ...
Opinion & Analysis
7 months ago

The opinion was prepared after questions by DA MP  Leon Schreiber.

Schreiber had asked, in view of the latest Language Policy Framework for Higher Education Institutions published by the department on October 30 2020, why Afrikaans and all Khoi and San languages were excluded in the definition of “indigenous” languages.

In reply, Nzimande had said the definition of an indigenous language in the policy framework was used purely to highlight the historical marginalisation of African languages as a result of colonial and apartheid legacies, and the need to develop these languages for scholarly ends.

Nzimande said the definition of “indigenous” included the Khoi language family. Nzimande said the policy did not imply that Afrikaans must be removed and not further developed but to ensure that all previously marginalised languages enjoyed parity of esteem.

DA launches petition to recognise Afrikaans as an indigenous language

After amending the language policy framework, higher education minister Blade Nzimande must apologise to the Afrikaans-speaking community, says the ...
Politics
7 months ago

The opinion was in agreement with Nzimande that the language policy included the Khoi language family as an indigenous language in that it was native and spoken by indigenous people.

“We urge the (department) to consider amending its definition of indigenous languages taking into account that the purpose of the policy is to develop previously marginalised African languages as enjoined by the constitution,” the opinion read.

The opinion proposed that the term “previously marginalised indigenous languages” will be appropriate as it also prevents any unnecessary conflict with the other language policies of the departments.

“We have long argued that it is critically important that previously marginalised indigenous SA languages must be developed to their full potential — but that this does not require Afrikaans, Khoi and San languages to be classified as “foreign” or otherwise eroded,” Schreiber said.

Schreiber said the implications of this DA victory are historic for the future of these languages.

Schreiber said once these changes are effected in the policy framework, Afrikaans, Khoi and San cannot be legally deprived of the resources allocated to developing and promoting indigenous SA languages, including at SA’s universities.

Of all this week’s nonsense, the only thing to trump Maharaj and Jordan’s new book is Blade’s cutting rejection of Afrikaans
Opinion & Analysis
7 months ago

Nzimande claimed the DA was using an outdated strategy to use the Afrikaans language to exclude people, especially at historically white institutions.
News
7 months ago

Higher education minister Blade Nzimande says he will not allow a proposed Afrikaans college to operate if it contravenes the Bill of Rights in ...
Politics
2 years ago