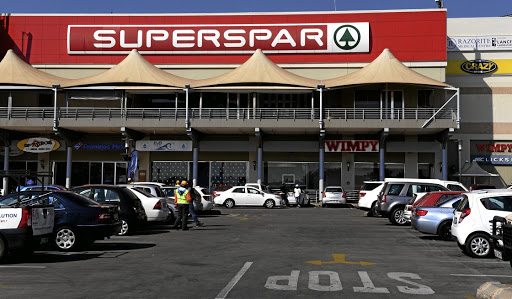 Super Spar has not commented on the poster making the rounds online.
Image: Picture: FREDDY MAVUNDA

Grocery chain store Spar is trending on Twitter after a poster asking customers not to shop in their pyjamas circulated on the platform.

The poster, which has Spar branding, reads: “Dear customers. No pyjamas or nightgowns allowed.”

I am here for comments only 😆 🤣 😂 pic.twitter.com/55HTLCKK3x

It is unclear where and when the poster was placed.

Attempts to get comment from Spar were unsuccessful at the time of publishing this article. Any comment will be included once received.

After a similar “announcement” went viral in 2016, the group told EWN its policy did not dictate what customers can and can’t wear.

“In terms of group policy, you can wear whatever you want when shopping in a Spar store. We will never dictate what you can and cannot wear, within the bounds of decency . And each of our stores would be different. If you were a retailer on the Durban beachfront it would be acceptable for someone to come in a swimming costume and slops.”

The latest poster has received mixed reactions from users who debated shopping in one’s nightie.

Some said it is inappropriate and unhygienic to visit a shop in one’s sleepwear, while others said shops had no authority to dictate how people dress.

I think its spot on by management. No one should be allowed if wearing sleepwear. Its very unhygenic. https://t.co/Ho3dwxvaJ5

The number of people who don't have pajamas but sleep in their clothes like track suits and t-shirts, leggings etc who also just wake up and go to the supermarket, but are allowed in because theirs is not sleepwear specific, this rule is lame https://t.co/EMfTuqFUyC

Lmao I can’t believe there are people pressed by this. Sleepwear will never be a tidy look outside your home pls. https://t.co/qys6KNXNy8

Eave people alone to do what they wanna do.
People go to the shops with barely clothes on bit they find it to be okay to let them shop. https://t.co/QkjtSNfYTa

I never understood why people do this. https://t.co/1rscH0FB8J

Durban supermarkets should be suspicious if they receive a bulk order for bananas via their phone shopping apps.
News
1 month ago

The plot to murder Hillary Gardee was allegedly hatched months before her abduction while she was out shopping with her adopted daughter in Mbombela, ...
News
1 month ago

Approved for the R350 grant? You can now collect it at Shoprite, Checkers, Usave and OK Foods

The R350 social relief of distress grant beneficiaries can collect their payments at the Shoprite Group's 1,286 supermarkets across SA.
News
3 months ago