Durban worker dies after being hit by truck 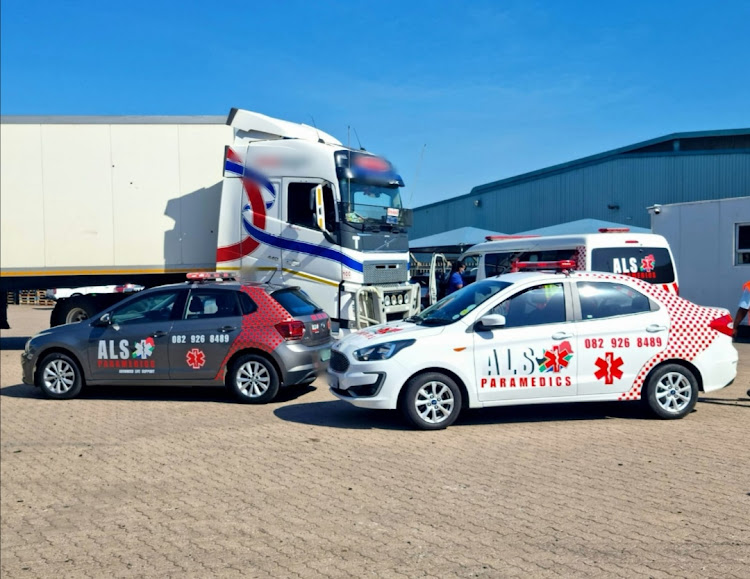 A Durban man died after he was struck by a truck at his workplace.
Image: ALS Paramedics

A Durban man died after he was struck by a truck and dragged a few metres at his workplace on Friday.

“ALS Paramedics received numerous calls from the business requesting urgent assistance as one of the employees had been struck by a truck and dragged for some metres.”

Paramedics found that the man, believed to be in his 30s, had suffered major injuries.

“There was nothing more paramedics could do for the man and he was declared deceased on the scene.

“At this stage the events leading up to the incident are unknown. However, SAPS were on the scene and will be investigating further.”

Former Johannesburg mayor Mpho Moerane is expected to be discharged soon after responding positively to his treatment following a car accident, his ...
Politics
2 weeks ago

"The smoke was coming out while I was still inside. I managed to escape."
TshisaLIVE
2 weeks ago

A Cape Town family has expressed disappointment over the delay in the start of a culpable homicide trial involving a KZN midlands man who is accused ...
News
3 weeks ago