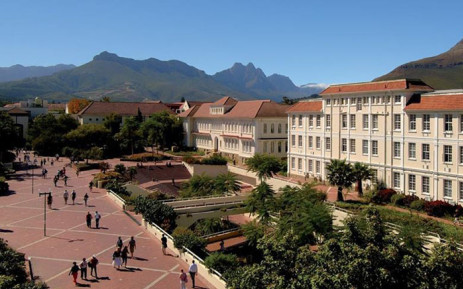 Stellebosch University has suspended a white student after he allegedly urinated on a black student's study material.
Image: Supplied

Stellenbosch University on Monday suspended a white student who urinated on a black student’s laptop and textbooks.

The institution described the incident as “destructive and hurtful”, adding it was totally unacceptable.

The incident undermined what the university stood for “as well as the many continuous focused efforts made towards building inclusive student communities”.

Vice-chancellor Prof Wim de Villiers said: “We are appalled by this type of behaviour. Such conduct will not be tolerated at the university.

“We acted swiftly and decisively to uphold our commitment to a culture [of] inclusivity. What happened at Huis Marais is not acceptable. No student has the right to diminish another student’s human dignity or rights in this way.”

The suspension comes after the SA Students Congress (Sasco) called for the student to be expelled.

The incident happened in the early hours of Sunday.

The black student was reportedly sleeping at Huis Marais residence when a white student walked into his room at about 4am and started urinating on the first year student’s books and laptop on his study desk.

A video of the incident is circulating on social media.

The black student can be heard asking the other student who had barged into his room: “why are you peeing by my room?”

The perpetrator says “huh”, while the shocked victim repeats the question.

Sasco said the white student had reportedly said it is what they do to black boys.

“The matter has been reported to the relevant authorities. We will call for fast and sweep[ing] justice for the indignity suffered by the fellow student who is still traumatised by the whole ordeal.

The emphasis should move from assimilation, or making everyone fit in to resemble the old guard, to integration — embracing a new inclusive culture, ...
Opinion & Analysis
4 months ago

“Not only did the racist break in[to] his room and racially attacked him, but the racist also damaged his property (laptop), thus disadvantaging his studies. The racist hooligans violated his dignity thus violating his constitutional rights as a citizen of SA, but also his rights as a Stellenbosch University student. The student constitution is clear that every student has an inherent right to human dignity and a right to have their rights respected and protected.”

Sasco said anything short of expulsion and potential criminal charges would be regarded as an injustice.

“This racist criminal act deserves the highest punishment. If we are to have confidence that the university truly respects and protects the right of students, particularly the black marginalised students, we demand that the university and all relevant authorities ensure that justice prevails.” 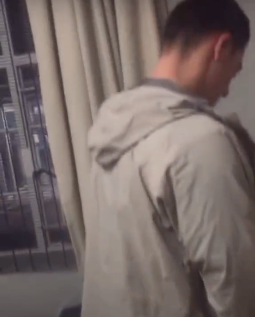 A screenshot from the video of a Stellenbosch University student urinating on a black student's desk.
Image: screenshot

Stellenbosch University senior director: student affairs Dr Choice Makhetha, said the Huis Marais residence management was made aware of the incident on Sunday, “whereafter they immediately reported it to the relevant university structures for urgent investigation”.

The residence management condemned the incident and took steps to manage the repercussions in the residence.

“It is important to note that the alleged perpetrating student was removed and is no longer residing in Huis Marais. Transformation and inclusivity are key priorities for house committees at all SU residences.

“The student affected is clearly still in shock after his very upsetting and painful ordeal. He is still trying to process what happened and was offered counselling. He will be supported as and when required to ensure his academic progress is not affected by the incident.

“The Huis Marais house committee is committed to transformation. Our quick and decisive response to the matter should demonstrate our commitment to all people of this country. They also called a house meeting to ensure that the whole house understands the situation and what needs to continue to change to prevent a repeat of any similar action,” Makhetha said.

Towards a moral constitution for justice, dignity and peace