The Stellenbosch University student whose laptop and other belongings were urinated on by a fellow student laid charges of breaking and entering, malicious damage to property and racism on Tuesday.

Outside the police station Ndwayana, an agriculture student, said he was exhausted after intense media attention. 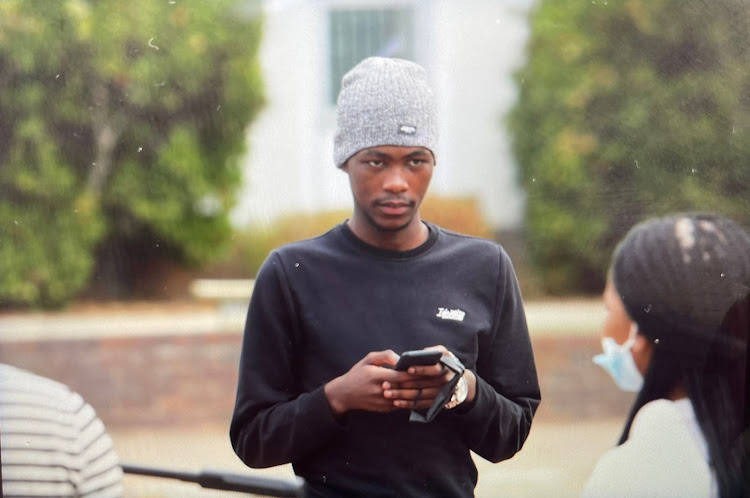 Police spokesperson Capt Frederick van Wyk confirmed the charge: “A 20-year-old complainant opened cases of housebreaking unknown, malicious damage to property and crimen injuria at about 2.30pm today at Stellenbosch police station for investigation. Investigations continue. No arrest as yet.”

The university has suspended first-year student Theuns du Toit over Sunday's incident, and launched an investigation.

A white student urinates all over a black first year students room, claims this what 'they' do to black boys. I cannot keep quiet about this, justice need to be served. I urge you to play your part so this cannot be covered up pic.twitter.com/kbPVZuP6YT

The SA Human Rights Commission said it will investigate, and on Tuesday the university's student representative council called for Du Toit to be expelled.

In a video circulated on social media, Du Toit apologised to Ndwayana at a Huis Marais meeting. He has left the residence and is staying with his family.

Apology from the first year student who peed on another black student's laptop just before exams. Is this all the punishment? #Stellenbosch #stellenboschuniversity pic.twitter.com/4XM6aor83q

The ANC said it noted “an increasing trend” of racism at Stellenbosch University “and the management’s lacklustre response to it”.

In a statement, it said: “The ANC fully supports the victim and calls on the university to act harshly against the white student who decided to shamelessly urinate on a fellow student in an act of sheer racism.

“There are also videos circulating purporting to be emerging from students of the university which attempt to paint the university as being 'soiled' by the admission as well as participation of black students on the campus."

The Democratic Alliance appealed to the university council to address the incident and clarify remedial action.

“We urge that the matter be handled with the requisite speed, diligence and seriousness demanded by the situation. We also encourage the university authorities to provide all necessary support to Mr Ndwayana to minimise the impact of this on his studies. He did not ask for this to happen, and he should not suffer adverse consequences,” the DA said.

This is a wake-up call for Stellenbosch, says student leader

The racist incident at Stellenbosch University at the weekend is a wake-up call for the institution, according to student representative council ...
News
1 month ago

POLL | What action should be taken against the 'Stellenbosch University urinator'?

Should Du Toit be expelled and criminally charged, or should we wait for the university's investigation to be concluded?
News
1 month ago

Stellenbosch University student Babalo Ndwayana says the student who urinated on his belongings in his room was his roommate's friend and sometimes ...
News
1 month ago