‘When will it end? Let him rest,’ pleads Zuma’s family after corruption trial postponed 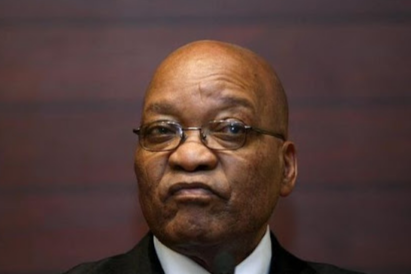 In the wake of yet another court postponement, the family of scandal-prone former president Jacob Zuma has pleaded with the courts to “let the old man rest”.

“We cannot wait until these cases are over. We are really tired. He is tired. These cases never end. Let him rest. When will it end?” said Zuma’s brother Joseph.

The 80 year-old former head of state was at his rural homestead, KwaDakwadunuse in Nkandla, when his corruption trial was postponed to a holding date of August 1 at the Pietermaritzburg high court on Tuesday.

Joseph told TimesLIVE when he saw Zuma last Friday, he was “in good spirits. He was sitting with two women from the Zion church who had brought prayers.”

“He wasn’t OK recently but the doctor often comes to see him here [in Nkandla]. When the situation is too serious, he is referred to a hospital. He is OK now.”

“Zuma is brave. He  stays at home and attends to people who always come to see him. We don’t get a chance to see him sometimes because he is always busy meeting people.”

Spokesperson for the Jacob G Zuma Foundation Mzwanele Manyi said Zuma was not required to physically appear in court on Tuesday.

“[Judge Piet] Koen said today is an administrative date. He does not have to be there. Even on August 1, Koen has excused him. If the timetable goes according to Koen, the case will commence on August 15.”

“The foundation is very disturbed by the Stalingrad tactics of the NPA. On April 8 they made a call that they will not prosecute Downer. What they must follow through with is a certificate confirming their stance so with that certificate we are able to kickstart the private prosecution.

“They keep saying Downer is clean. It’s fine, let them say that, but they must give the certificate so we can do what we need to do on our part. What is happening is his so-called 'clean' is artificially created. This is abuse of state apparatus to maintain certain narratives.

“If [national director of public prosecutions Shamila] Batohi and her people were honest and genuine about the whole thing, they have made a decision they are not prosecuting and they should issue the certificate. What is it so complicated?”

When asked about the crowdfunding initiative established at the end of August 2021 to help Zuma pay for his mounting legal woes, Manyi said: “I don’t have the account, so I do not know the details as to where it is.”

In September 2021, TimesLIVE reported the account belonged to Zuma and not the foundation. Zuma was in August said to need “millions” for his escalating legal bills.

Tuesday was a ‘holding date’ for SCA feedback on Zuma’s ‘reconsideration’ application, but it hasn’t materialised
News
2 months ago

Due to communication mishaps at the Supreme Court of Appeal, including an “incorrect” email from the registrar, the SCA is unlikely to hear an appeal ...
News
3 months ago