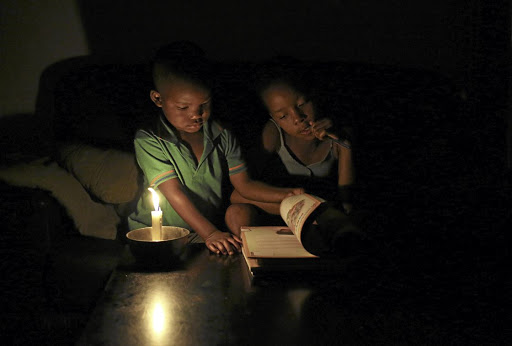 Township families and businesses suffer the most during rolling blackouts.
Image: Reuters

Black working-class South Africans in townships are bearing the burden of the country’s electricity crisis.

This is according to a study by the University of Johannesburg.

Titled Energy Racism, the study was conducted in Soweto and sought to explore experiences, responses, and solutions of community members regarding the energy crisis.

Among other things, victims of “racial capitalism” have been robbed of their access to a safe, clean, reliable and affordable supply of energy.

“The demise of apartheid did not eradicate some key forms of oppression, exploitation and domination in the 'new' democratic SA. Race, class and gender remain potent predictors of economic and social wellbeing. Racial capitalism continues, but in conditions of an intensifying global and perennial capitalist crisis.”

The study suggests there are more “continuities than discontinuities” of oppression, exploitation, misery and suffering.

“In addition to load-shedding, black working-class communities suffer from load reduction. The latter is a racist policy of targeting black areas for power failures aimed at reducing SA’s energy demand, given Eskom’s inability to cope.”

The study also provides evidence of black working-class areas allegedly being neglected by Eskom and the authorities regarding maintenance, service complaints and response to repair call-outs, among other things.

Speaking on SAfm, director of the UJ’s centre for sociological research and practice Dr Trevor Ngwane said the study focused on Soweto to get “closer to the ground”.

“No-one was paying attention to how the electricity crisis is being experienced by people in the black townships, in the villages and shacks.

“We found that black working-class people suffer the most and bear the brunt of the crisis in SA. They suffer more power failures and have less equal access to equal treatment.”

More possible load-shedding on the cards

Eskom has warned of a full week of load-shedding this week if the power utility fails to gather enough generation capacity to feed national peak demand.

On Monday, it increased load-shedding to stage 4 after unit 2 at the Kusile power station tripped, taking 720MW of generating capacity with it.

Eskom said it had 1,904MW on planned maintenance, while 17,255MW of capacity was unavailable due to breakdowns.

The expected return of some of those units to service this week may not be enough to suspend load-shedding.

“If we look at the week ahead, we are short of the generating capacity we need to supply the country’s demand.

“It’s important to make the point that load-shedding may increase if there are additional breakdowns. The three units we expected to return to service have returned. However, because of unreliability and the unpredictability of our system, should something drastic happen we may be forced to increase the stage of load-shedding from 3 to 4,” he said.

Eskom will implement stage 3 load-shedding on Monday evening, according to COO Jan Oberholzer.
News
2 months ago

Eskom says the exemption from load-shedding for the eThekwini municipality, which was hit by devastating floods last month, could soon change as this ...
News
2 months ago