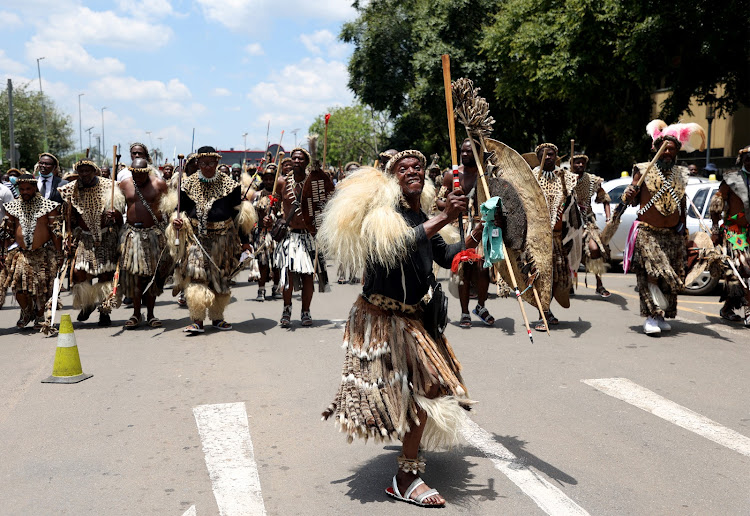 Cogta has denied that it is meddling in traditional leadership disputes, saying it was only doing what it is mandated to do.
Image: File/ Sandile Ndlovu

The department of cooperative governance and traditional affairs (Cogta) has denied claims that it is interfering in traditional leadership disputes.

This follows allegations made by the IFP on Wednesday that the department was meddling in traditional leadership institutions and picking sides in succession disputes.

The IFP has called on the KwaZulu-Natal government to stop meddling and taking sides in traditional leadership disputes.
Politics
1 month ago

“Its conduct is out of hand and uncalled for. It has become the norm for the KZN department of Cogta to interfere in traditional leadership disputes and to take sides. In doing so, government worsens tensions among the families of Amakhosi,” the IFP said in a statement.

The party said that Cogta MEC Sipho Hlomuka had indicated that he would oppose the ruling made by the Pietermaritzburg high court in April to reinstate Inkosi Sikhosiphi Mdluli as the chief of KwaNyavu.

“It is unfortunate that those Amakhosi who cannot afford to take government to court due to financial constraints are defeated by government which has the financial capacity to fight legal battles.”

Responding to questions from TimesLIVE on Thursday, Cogta denied the claims.

Senzelwe Mzila, Cogta spokesperson, said the IFP’s allegations are baseless and the department does not take them lightly.

He said the department is not meddling in leadership disputes but merely performing its constitutional mandate of supporting traditional leadership institutions. It said  final decisions lie with the family.

“When disputes arise within royal families, various mediation attempts are made by the department but at the end of the day, it is the prerogative of the royal family to identify whomever qualifies in terms of the customs and customary law, whenever a vacancy occurs. Government’s role is to recognise the decision of the family,” he said.

Mzila conceded that there are matters that end up in court. However, he denied that they have unlimited resources. He said the department only joins court actions where they are cited by parties.

“The department provides tools to traditional councils and Amakhosi whenever the budget to do so is available. This is consistent with how government operates across programmes and departments. The budget allocated to the department is not unlimited and has to cater for all programmes,” he said.

“The department will continue to support the institution of traditional leadership and will not allow itself to be silenced by unfounded allegations made by the IFP.”

Mzila did not immediately respond to questions about whether MEC Hlomuka was opposing the Pietermaritzburg high court ruling to reinstate Inkosi Mdluli.

The royal family has been in turmoil since the death of King Goodwill Zwelithini kaBhekuzulu earlier this year, with disputes over his successor ...
News
10 months ago

The Provincial House of Traditional Leaders in KwaZulu-Natal has expressed concerns over the safety of their leaders as dozens of murders have gone ...
Politics
1 year ago

The spate of recent attacks on traditional leaders in KwaZulu-Natal has resulted in the provincial government giving the green light to the ...
News
5 months ago