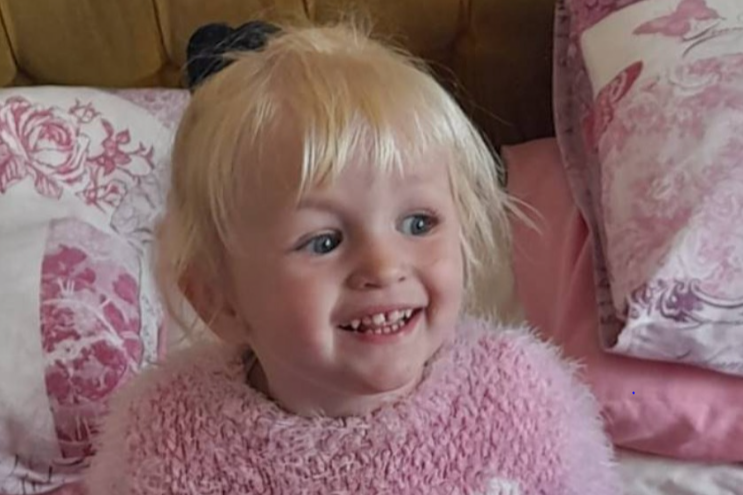 Two-year-old Chevonne Avril Rusch died last week after suffering injuries to her body. Her future stepfather has been charged for her death.
Image: Supplied

A specialist investigator probing the death of two-year-old Germiston toddler Chevonne Avril Rusch says her existence had not been legally registered.

Police said they were called to a clinic in Primrose, Ekurhuleni, last week where they were informed the child had been brought to the facility by her future stepfather. She was certified dead on arrival.

Lt-Col Mavela Masondo said the child had bruises on her body.

The investigation led to the arrest of Cornelius Stephanus van Niekerk.

Van Niekerk, the fiancé of the child’s mother, appeared in the Germiston magistrate’s court earlier this week, where the case was postponed to May 25 for further investigation and a possible bail application.

Mike Bolhuis of Specialised Security Services (SSS) said his investigation team had established from Chevonne’s biological father that her birth was never registered.

She had been in her mother’s care when her father was arrested. He was recently released from prison after serving time for theft.

“The birth of Chevonne Avril Rusch is in the process of being registered to obtain a death certificate. Her burial can only take place after this documentation has been received,” Bolhuis told TimesLIVE.

“We request any person with any information regarding [alleged] neglect, mistreatment and the murder of Chevonne or any other children [in Klopper Park] to contact the lead investigator in this matter, Maatje Swanepoel, on 066-007-1818 to have these matters attended to properly by the relevant authorities,” Bolhuis said.

The councillor for the area where Rusch lived, Kade Guerreiro, said residents in Klopper Park are sad, angry and shocked at the news of Chevonne’s death.

“Women and children abuse is at an all-time high and the community wants justice. They are horrified,” Guerreiro said.

Should the accused be found guilty, he said, residents are demanding a life sentence.

Lawyers for Kudakwashe Mahachi in Zimbabwe have attempted to address allegations of child abuse against the SuperSport United footballer.
Sport
1 month ago

North West traditional healer Thapelo Ramoruki, who burnt his girlfriend alive and stabbed her in the abdomen several times while she was burning, ...
News
1 month ago

Durban police are looking for a woman who allegedly abandoned her 10-month-old child to visit her boyfriend on May 1.
News
1 month ago