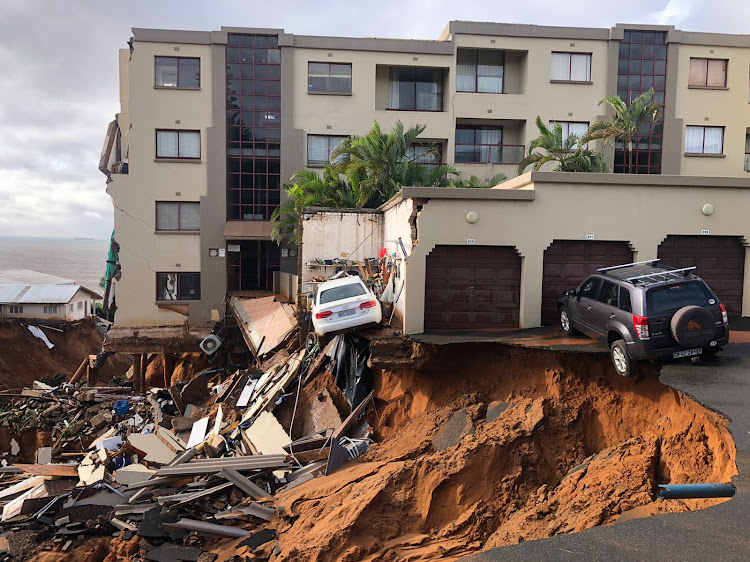 One of the properties in uMdloti in the KwaZulu-Natal north coast damaged by floods following heavy rainfall between Friday evening and Sunday morning.
Image: Ant Tulleken

The small KwaZulu-Natal north coast resort town of uMdloti has been ravaged by floods which damaged multimillion-rand properties after rain lasting more than 30 hours.

KwaZulu-Natal emergency medical services spokesperson Robert Mckenzie said uMdloti was one of “the most severely affected” by the floods.

“uMdloti and its surrounding areas are severely affected ... across the whole district there’s been localised flooding but it’s nothing catastrophic. But uMdloti is badly affected,” Mckenzie said.

He said they have not received any reports of deaths or people missing.

Telecommunications and electricity infrastructure have also reportedly been severely damaged by the floods and heavy mudslides.

Ant Tulleken, a Capetonian visiting uMdloti for the weekend, told TimesLIVE the rain began on Friday night and only stopped around 8am on Sunday with many people evacuating their homes on Saturday.

“We had 36 hours of rain, it was quite severe ... lots of multimillion-rand houses will have to be completely demolished,” Tulleken said.

He said roads have been damaged cutting parts of suburbs off and leaving some residents trapped on what now resemble islands.

“Roads have been destroyed. A section of this community has now been cut off with people trapped on the other side,” Tulleken said. 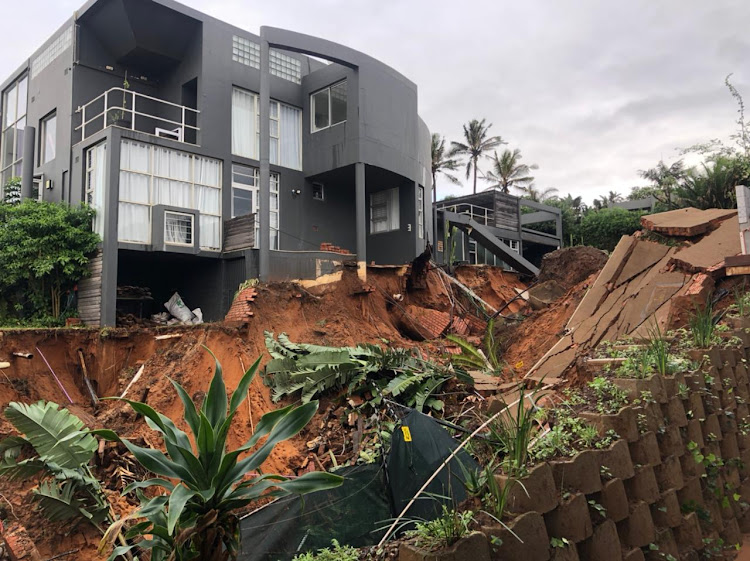 He said emergency personnel were now trying to take food to those who are cut off due to damaged roads and bridges.

“Some people can't now get in or out of their apartments in the north side of uMdloti,” Tulleken said.

The SA Weather Service warned of torrential rain from 3pm on Saturday until 11pm on Sunday which could lead to widespread flooding of roads and settlements that would endanger lives and displace communities in KwaZulu-Natal. 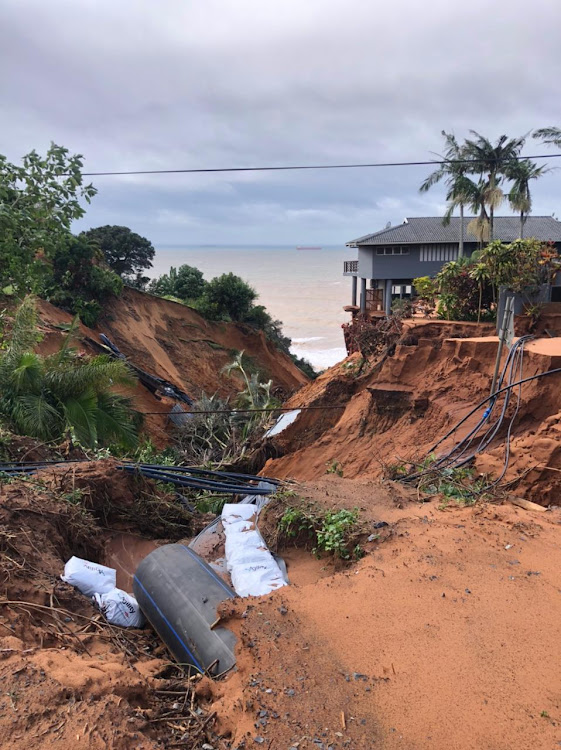 Meanwhile, the eThekwini Municipality has warned residents to be extra vigilant and its metro police department has activated a disaster plan as more rains are expected.

Last month, President Cyril Ramaphosa announced a national state of disaster in response to floods, that wreaked havoc in KwaZulu-Natal and parts of the Eastern Cape.

KwaZulu-Natal Premier Sihle Zikalala said last week about 30,000 employees across the manufacturing industry are out of work because of the floods last month that killed 448 people.

“This means that employees could be without pay for about three months,” said Zikalala. “If you say jobs we mean that they are people who have not been able to go back to work as their companies have not yet reopened,” he added.

Zikalala was briefing the media on the latest developments as the province continues with mop-up operations.

One of the hardest hit manufacturing plants was car manufacturer Toyota.

He also said though service providers had been appointed to build 1,810 temporary residential units to house flood victims across the province, progress was being slowed by non-suitability of land identified.

Heavy rainfall predicted for KwaZulu-Natal on Saturday has forced the ANC to postpone the launch of the Letsema programme in the province.
Politics
1 month ago

Flood warning issued for Durban and parts of KZN

The SA Weather Service has issued a yellow level 2 and level 4 disruptive rain warning for parts of KwaZulu-Natal for Saturday.
News
1 month ago

KwaZulu-Natal Premier Sihle Zikalala on Thursday said although service providers had been appointed to build 1,810 temporary residential units to ...
News
1 month ago

KwaZulu-Natal premier Sihle Zikalala is giving an update on the recent flood disaster in the province after a provincial cabinet meeting held on ...
Politics
1 month ago