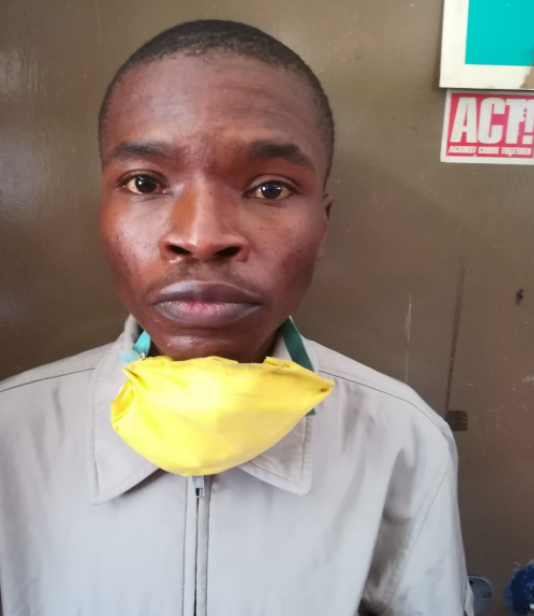 An Emalahleni man who faked a letter from the presidency along with a high court order and tried to have an impounded vehicle of controversial businessman, Sam “Mshengu” Chabalala released to him has been ordered to book into a mental institution.

“The 35-year-old was convicted of being an impostor and referred to Weskoppies mental hospital,” said Sekgotodi. “The  court ordered that Molatudi be detained in the Witbank prison until his transfer to Weskoppies and can only be released from the institution through an order by a high court judge.”

Sekgotodi said Molatudi had in July 2020 sent emails to the Hawks in Mpumalanga.  Attached was a fake high court order and a fake letter from President Cyril Ramaphosa’s office,

The letter from the presidency said that a vehicle seized from Mshengu of Sam Holdings should be released to him.

The Hawks have arrested a 33-year-old man who allegedly tried to trick them into releasing the impounded vehicle of  businessman Sam “Mshengu” ...
News
1 year ago

“The initial investigation established that the said high court order was  fake. The investigators lured Molatudi under the guise of the ‘collection of the said vehicle’ to the  Witbank police station where he was arrested on 10 September 2020,” said Sekgotodi

Chabalala shot to prominence after taking a 72-car convoy to the Durban July in 2019. He is believed to be on the run after he was released on R500,000 bail by the Middelburg magistrate's court.

The trucking businessman had been arrested for two separate cases and was out on bail for both when he fled.  In one matter, he had paid bail of R200,000. In the other, he had been arrested in September 2019 after an investigation initiated by the home affairs department about his status in the country.

Hawks spokesperson Brig Hangwani Mulaudzi at the time said Chabalala had allegedly tried to bribe a department official to drop the probe. He paid R50,000 to the official and was nabbed by the Mpumalanga Hawks immediately afterwards. It was during this arrest that his car was impounded.

While out on bail, Chabalala was alleged to have tried to bribe a senior police officer in Middelburg. He allegedly offered him money to make his case disappear and give him back his vehicle.

A sting operation was set up during which he was arrested after allegedly paying the bribe.

He is now wanted on charges of fraud, corruption, contravention of the Immigration Act and possession of an unlicensed firearm.

When he disappeared in March 2020 , the Hawks said they had “seen a suicide note that was sent to his wife claiming that he was going to commit suicide”.

Authorities, however, did not believe he had committed suicide.

Businessman Sam “Mshengu” Tshabalala - who shot to infamy after taking a 72-car convoy to the Durban July - is wanted by cops after he twice failed ...
News
2 years ago

Sam 'Mshengu' Chabalala to stay in jail over 'G-Wagon bribe'

Businessman Sam “Mshengu” Chabalala who was arrested for allegedly trying to bribe a police officer into releasing an impounded vehicle and making a ...
News
2 years ago