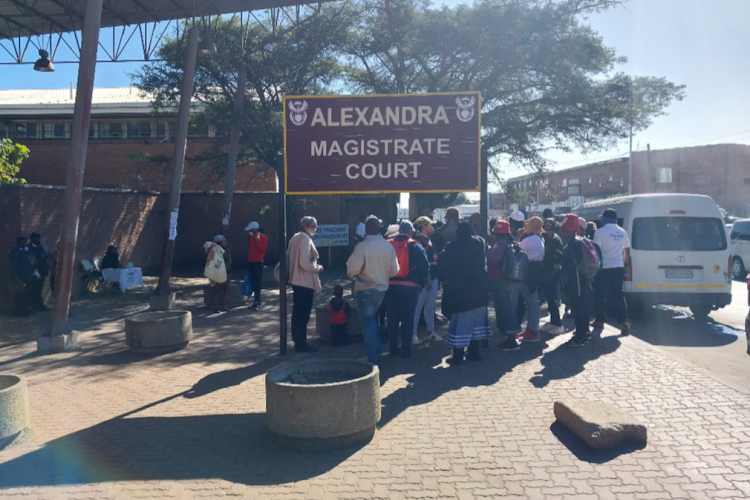 Dudula movement members gathered outside the Alexandra magistrate's court on Thursday in support of the six accused.
Image: Phathu Luvhengo

The case against six people charged with public violence after clashes between the Dudula movement and foreign nationals in Alexandra, Johannesburg, was postponed on Thursday for further investigation.

Their defence lawyer said the state had requested a postponement of the case in the Alexandra magistrate’s court to obtain video footage.

“They [state] are saying they are waiting for investigations to end, then we will know what is happening. They need to obtain the footage,” said advocate Mabinang Lebuso.

One of the suspects, Ntombela, was adamant the state did not have a case.

“One of the bail conditions is that I should not participate in any Dudula movement activities,” he said.

The case will resume on June 30.

"You are not a revolutionary, you are not a visionary, and your whole brand is built on hate," Mmusi Maimane told Operation Dudula leader Nhlanhla ...
News
2 months ago

Holocaust experts in SA have sounded the alarm over similarities between the rise of xenophobic sentiments in the country and genocides throughout ...
News
2 months ago

Operation Dudula is no longer targeting illegal immigrants only.
News
2 months ago