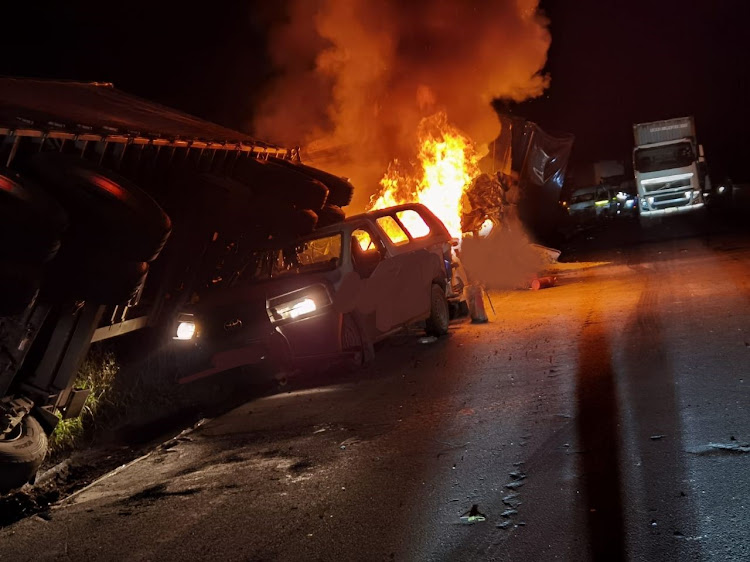 The scene on the N3 in Pietermaritzburg after a crash involving nine vehicles early on May 28 2022.
Image: Netcare 911

Sixteen people died when the taxi they were in burst into flames after it was involved in a multi-vehicle pile-up on the N3 in KwaZulu-Natal on Saturday.

Road Traffic Management Corporation spokesperson Simon Zwane said the incident began around 2am when a truck overturned onto the central reservation of the freeway.

A minibus taxi approaching the scene was pushed from behind by another truck and crashed into a traffic officer's vehicle then into the overturned truck, he said.  Several other vehicles then hit the wreckage.

Netcare 911 spokesperson Shawn Herbst said paramedics responded shortly after 3am to reports of a collision on the southbound carriageway between the Peter Brown and Chatterton Road offramps in Pietermaritzburg. 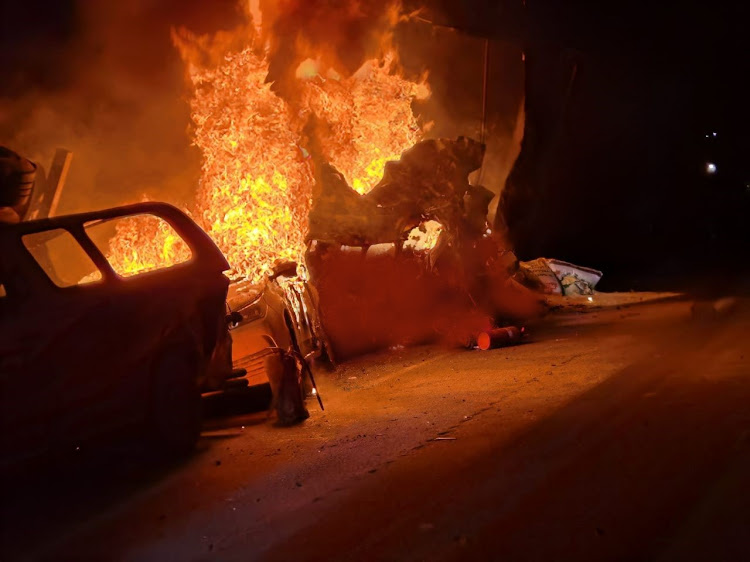 Vehicles burn on the N3 in Pietermaritzburg after a crash early on May 28 2022.
Image: Netcare 911

"Reports indicate that two trucks, a bakkie, a minibus and five other cars were involved in a collision resulting in a fully laden taxi bursting into flames," he said.

"When rescuers arrived on scene, the fire had spread to other vehicles and had engulfed the taxi with all its occupants." 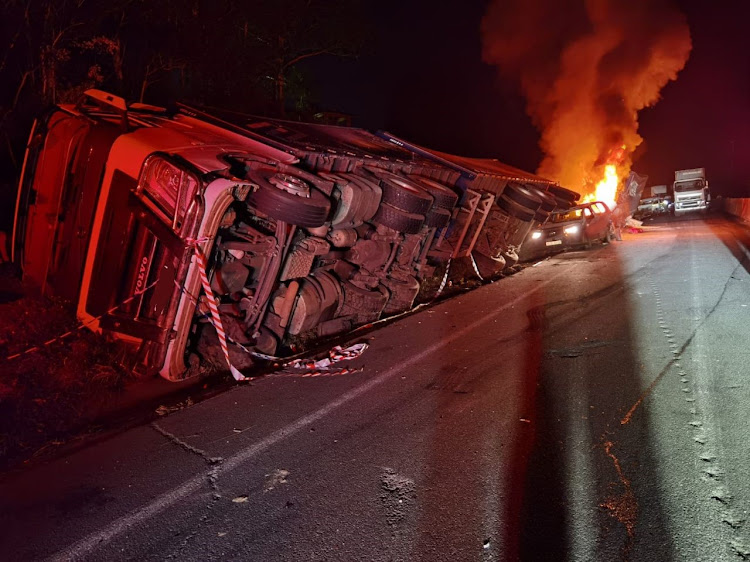 One of the trucks involved in the crash on the N3 in Pietermaritzburg early on May 28 2022.
Image: Netcare 911

Herbst said another collision happened on the northbound side of the road while rescue efforts were under way.

"It is not yet known how many occupants were in the taxi at the time, but they have sadly all been burned to death," he said.

"Multiple other motorists were injured and are being treated by medical personnel from multiple ambulance services, and an official number has not yet been determined."

The road remained closed for most of Saturday. 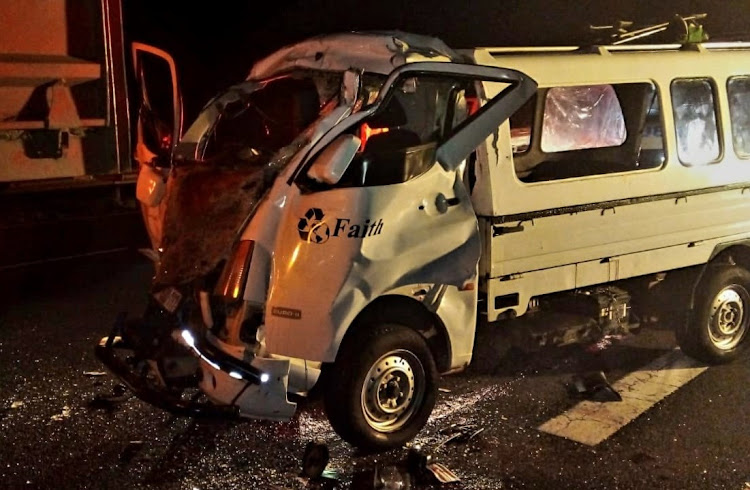 The scene after the N2 crash in Durban that claimed four lives on May 27 2022.
Image: ALS Paramedics

On Friday evening, four people were killed when an SUV believed to be carrying a family collided with the rear of a truck on the N2 northbound before Spaghetti Junction in Durban.

ALS Paramedics Medical Services said a male and two females from the SUV were killed instantly. The forurth victim, believed to be a teenager, was one of eight injured people taken to hospital. He died of his injuries.

The N3 near Harrismith in the Free State was closed on Thursday morning after a serious crash between two trucks.
News
3 months ago

Twenty-six people were injured when a bus crashed on the N3 Durban-bound after the Mariannhill toll plaza in Pinetown.
News
6 months ago