Pupils lead the way against smoking through art 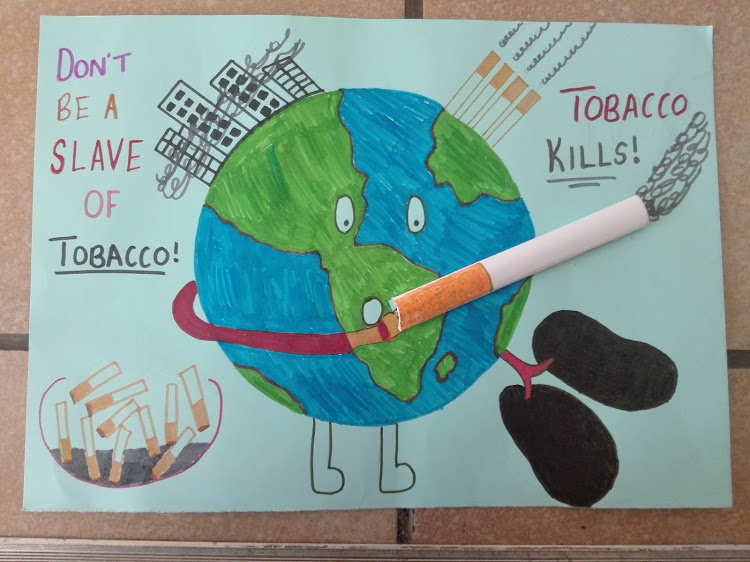 This is one of the art murals that had been produced by pupils at Park Primary in Lenasia, Johannesburg as part of a campaign against smoking.
Image: Supplied

It’s often said by experts that young people are the ones that are most vulnerable to smoking, with nearly nine out of 10 smokers taking up the habit during their teenage years.

Flavoured smokeless tobacco products, such as vaping, have been blamed for making this unhealthy habit more appealing to the youth. But thanks to a tobacco education art initiative “Sibo Manqoba” (we are winners) young people are taking back their power and have joined a war to beat the scourge of child smokers through art.

Since the beginning of the year grade 5-7 pupils from various primary schools across the country have been working on creative artwork in the form of murals on how tobacco influences their school environment and why quitting tobacco makes one a winner.

The campaign, spearheaded by the education department in partnership with other government departments and advocacy groups, is aimed at raising awareness about the dangers of tobacco and e-cigarettes to the environment. This is in line with the World No Tobacco Day theme — “threat to our environment”.  Partners to it include the National Council Against Smoking, Cancer Association of SA (Cansa), Medical Research Council (MRC), Heart and Stroke Foundation of SA and the SA Tobacco Free Youth Forum

After months of hard work, three Johannesburg schools — Sharonlea Primary in Randburg, Park Primary School in Lenasia and Zibambele Park Primary School in Soweto — have been selected as finalists in the schools mural art competition. The overall winner will be announced on Friday at an event to mark World No Tobacco Day , which is commemorated each year on May 31.

Student ambassadors and the educator from the winning school will be inducted as tobacco control champions, a programme championed by the Campaign for Tobacco Free Kids and led by the African Tobacco Control Alliance (ATCA) in Africa.

Dr Moeng-Mahlangu, chief director responsible for health promotion and nutrition for the health department, said it’s hoped through the artwork project pupils and communities will become more aware of the risks associated with tobacco and the importance of the new Tobacco Control Bill, which seeks to regulate the use of e-cigarettes and completely ban public smoking.

“The campaign aims to have schools focus on maintaining a smoke-free environment and developing pupils’ knowledge, attitudes and skills in decision-making around smoking and e-cigarettes to better protect entire school communities,” she said.

An anti-smoking campaigner says any progress SA has made in reducing tobacco consumption will be reversed if legislation is not updated swiftly and ...
News
1 month ago

Dr Sharon Nyatsanza, deputy director of the National Council Against Smoking, said making school-going children aware of health risks and the importance of being in smoke-free environment at a young age will make them “better prepared for peer pressure and temptation”.

“Many of the children would have parents or relatives who smoke, normalising smoking behaviour. The tobacco industry also spends billions each year to find ways to show smoking as exciting and glamorous. E-cigarette and other hi-tech electronic vaping devices are a new influence, with flavours and advertising that appeals to youth. New users quickly become addicted to nicotine, which can be a pathway to smoking.”

Nyatsanza said tobacco is far more than just a health issue, it’s hazardous to the planet. Despite the environmental damage done by the tobacco industry to the environment with 15-billion cigarette butts tossed on the country’s streets, the industry had not been held accountable by governments.

Meanwhile under the banner of advocacy group, Protect our Next, the council and other organisations, including Cansa, MRC and the Heart and Stroke Foundation, have launched a campaign, “Susa Udoti Wakho —  clean up your mess! #yourbuttsstink”, to raise awareness about the damage the tobacco industry is doing to the environment, including deforestation, erosion, water pollution and biodiversity damage through to the disposal of cigarette butts.

The cleaning campaign is rolling out in conjunction with a school education campaign launched earlier this year. Cleanup initiatives around participating schools are taking place throughout the week.

The environmental impact of tobacco is staggering with an annual carbon footprint of about 84-million tonnes. 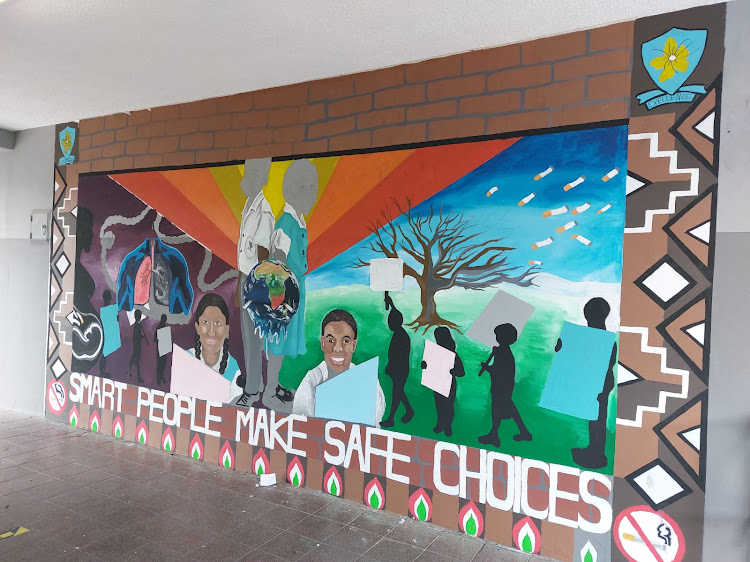 This art work was produced by pupils at Sharonlea Primary School in Randburg, Johannesburg.
Image: Supplied

Nyatsanza said: “It’s clear the tobacco industry should clean up their mess. The tobacco industry is making profits by destroying the environment and needs to be held accountable for the environmental destruction and made to pay for the waste and damages, including to recover the cost of collecting these wastes. We call on government to compel tobacco companies to use only biodegradable filters and to bear the full cost of management and disposal of cigarette waste.”

One of the campaigners, Joash Daniel of Cart Agency, said: “Education is critical and we need to get the real truth about tobacco across in a striking way. We’re continuing our outreach into communities and schools nationally, driving awareness and education about all forms of tobacco harm and what needs to be done to address it.”

But the vaping industry has defended itself, with CEO of the Vapour Products Association of SA Asanda Gcoyi saying the global community “recognises vaping as an effective harm reduction tool in addressing the many social challenges faced by communities including nicotine addiction”.

Act now on smoking, Africa, or the consequences will burn you

New Zealand plans lifetime ban on cigarette sales for future generations: How will it work?

The plan is to make it illegal to sell cigarettes to anyone aged 14 and under from 2027. The ban will remain in place for the rest of the person's ...
News
6 months ago