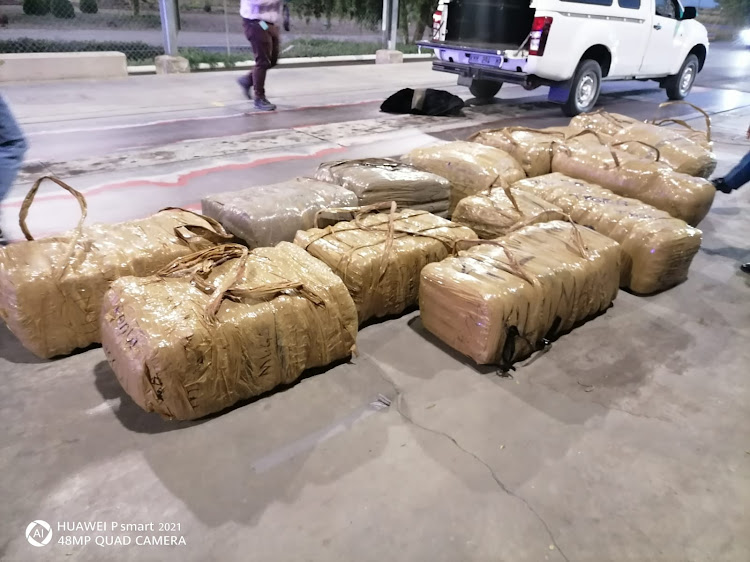 A courier service was used for this consignment of drugs, but police were not fooled.
Image: SAPS

Capt Olebogeng Tawana said the province is on a mission “to squeeze the space for drug dealers to operate”.

In the latest bust, the drugs were confiscated after being collected from a courier service in Fraserburg.

A suspect, 48, was found in possession of crystal meth, cocaine, Mandrax tablets and Mandrax powder, and was arrested at his residence.

“The suspect was also found in possession of an undisclosed amount of cash, believed to be the proceeds of drug dealing.”

Two suspected drug traffickers who almost caused a crash in Pretoria East on Friday quickly discovered they had tangled with the wrong car.
News
2 months ago

Mpumalanga police are urging people not to hitchhike after a 32-year-old woman was allegedly held captive by a man who had given her a lift.
News
2 months ago

Customs officers in Burkina Faso seized a record haul of around 115 kilograms of cocaine worth more than $11.5m last week, the directorate general of ...
News
2 months ago