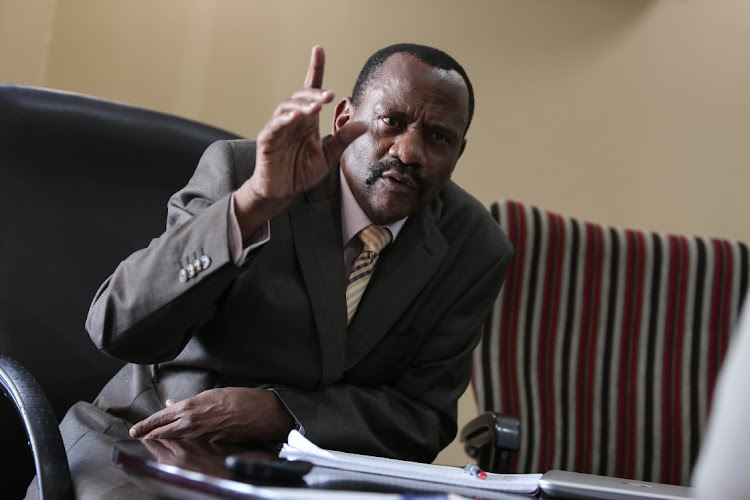 A veteran investigator who looked into the Nigerian letter scam, or the 419 fraud, and trained detectives in combating financial crimes has been appointed divisional commissioner of the Hawks.

Lebeya said soon after he took up the cudgels at the Hawks in 2018 he was on a mission to draw in specialised teams of officers to tackle corruption and organised crime investigations more effectively.

Maj-Gen Mosipi, who is studying towards his master's degree in law, is a former Free State head of the Hawks and member of the Commercial Crime Training Committee. He previously worked at the Johannesburg Commercial Crime Unit, and was commander of commercial crime investigations in Mpumalanga.

He also mentored investigators during the scrutiny of high-profile cases and led a team of corruption investigators in these roles.

The Hawks said notable cases he was involved in include border gate corruption, involvement of police in gold smuggling, and the 419 scam syndicate.

Q&A with Godfrey Lebeya on capacity constraints at the Hawks

The head of the Hawks, Lt-Gen Godfrey Lebeya, admitted to parliament last week that the so-called Directorate for Priority Crime Investigation has ...
Opinion & Analysis
1 year ago

A stern career cop who will stick to the blue line and keep his nose out of politics. That's what those who have worked with Masemola say about him.
News
4 months ago

They may not be the biggest fish, but the investigating directorate is being kept busy with 11 important cases
News
3 months ago

Newly appointed Hawks commander Lt-Gen Godfrey Lebeya is on a massive recruitment drive to draw back hundreds of officers to tackle corruption and ...
News
3 years ago