Delving for answers after the violence, plus 5 highlights from ‘Vrye Weekblad’ 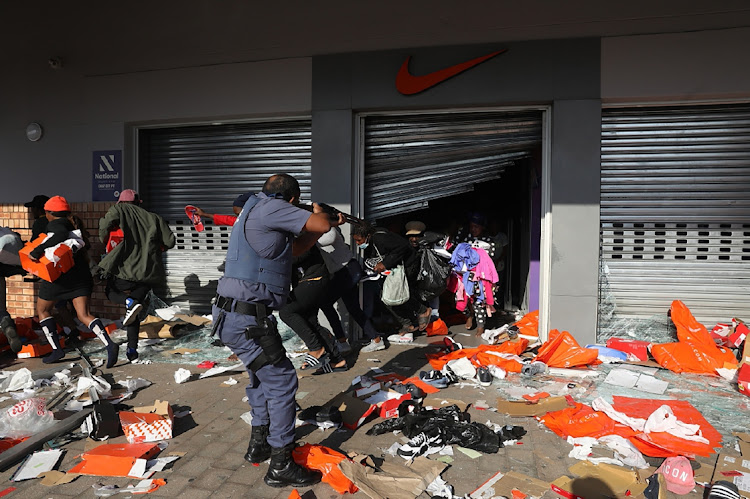 An armed police officer disperses looters during the unrest and looting in KwaZulu-Natal and Gauteng in July 2021. File photo.
Image: SANDILE NDLOVU

Most analysts’ intellectual reflexes were to look for the RET firebrands under the surface of the events. However, a meaningful hypothesis of what happened in those dark days requires thorough research and probably a multi-disciplinary investigation.

The idea of political thugs carefully planning and executing the entire theatre of destruction only lives in conspiracy views. I am unaware of any warlords, mischief-mongers or gangsters in this country who have the influence or institutional capacity to mount such an absurd piece of theatre. There are thousands of opportunists and political militants who would seek to benefit from the chaos, but that doesn’t mean they initiated the project.

SA’s violence, corruption and criminality are fragmented and need complex retrospective insight. Individual values have moral codes to which group behaviour doesn’t necessarily conform. Another anomaly is that violence is sometimes a prerequisite for eventual stability.

In a violent democracy, the institutions of state themselves become involved in the fomentation of violence. Both national intelligence and the police can be linked to violence, corruption and other activities that undermine the constitution.

Most of us know criminality erodes the glue of our democracy, but don’t understand the systemic nature thereof. With that I refer to the extent the system itself reproduces criminality rather than being abused for criminal purposes.

An example is the electoral system that undermines the constitutional requirement of legislative oversight. This enables state capture and corruption. In the current electoral system members of legislatures are at the mercy of party leaders. As it were, the system’s dynamics create political resistance and rewards political criminality.

SA has been blessed with excellent investigative journalists who exposed state capture and corruption. I remain optimistic. The pushback is inevitable: with time, maybe one or two generations in the future, the good will come to the surface.

A Muslim drills boreholes and clears up after the floods. A Christian starts a soup kitchen, a farmer fixes potholes and a political party wins an election on the basis of society’s resistance to corruption. Crime is eventually under control and unemployment is a single figure. At an illustrious event at the Union Buildings, the new president hands the Order of Peace Freedom to an elderly Ukrainian President Volodymyr Zelenskyy.

The pendulum swings back to the middle of lasting peace.

THE CATTLE, CHOPIN AND MY LOVELY DAD | When she recently had to herd imaginary cattle with her father, Anneliese Burgess realised she had to find words for the overwhelming sadness (and moments of grace) of a loved one’s descent into dementia.

UKRAINE WAR | Max du Preez writes about the morality and cost of the war in Ukraine as well as the possibility of a peace agreement.

THE WEEK IN POLITICS | The war against President Cyril Ramaphosa has escalated and will turn ferocious in the coming months.

THE SVET LODGE PEOPLE | Katarina is in the full ripeness of her mid-30s, a lecturer in interior design and lover of erotica, experience experiments and esoterica. Her skin is covered with ink symbols, as if she spent a few sweaty nights on an open Bhagavad Gita, possibly in the arms of one or many lovers.

FREE TO READ — FROM BOURGEOIS TO GOLDEN EGGS | The artist Henk Serfontein gets off his high horse and into public transport, where his senses are delighted. From a coughing chicken to Italian brogues and faded colonel glory, this is a wonderful read.

We are the result of our experiences, plus 5 highlights from ‘Vrye Weekblad’

Our economy is definitely not dead, plus 5 highlights from ‘Vrye Weekblad’