I am over 50 and can get a booster shot, but will it help? 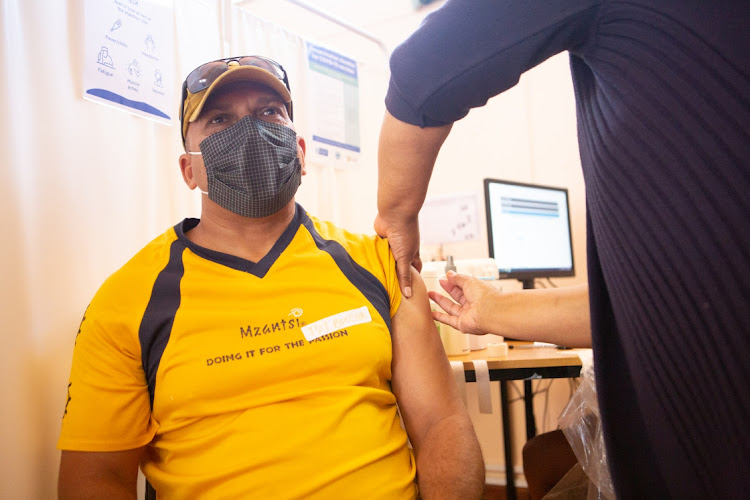 From Monday all South Africans over the age of 50 can get another dose of the Pfizer vaccine. File photo.
Image: Gallo Images/Misha Jordaan

South Africans over the age of 50 are eligible for a second Covid-19 booster shot, with the World Health Organisation (WHO) saying the additional jab may help ensure protection against the coronavirus.

The national health department announced that from Monday all people in that age group can receive another dose of the Pfizer vaccine. The dose must be taken at least 120 days or four months after you received your last Pfizer or Johnson&Johnson Covid-19 jab.

The department said this was part of efforts by government to achieve population immunity and protect vulnerable groups, especially those living with comorbidities such as diabetes and hypertension.

The International Coalition of Medicines Regulatory Authorities and WHO recently issued updated guidelines for healthcare workers about the Covid-19 vaccine. They explained that while the effectiveness of a second booster for all age groups was being studied and may not be needed, evidence shows it is important for those who are immunocompromised

“At present, there is not a widespread view that a fourth vaccination [second booster] is required to maintain immunity, except for in people who are immunocompromised.”

Several countries have offered a second booster to older members of their populations.

Last month the WHO said studies into the effectiveness of providing an additional booster were sparse, and limited on the duration of further protection, but there were indications it is beneficial.

“Seven studies were available for review, six of which were from Israel and one from Canada. All were conducted during a time when Omicron has been the predominant circulating strain globally.

“While the studies vary in their design and population investigated, most evaluated the relative effectiveness of a fourth dose four months after a third dose of mRNA [Pfizer] vaccine compared to those who received three doses.

“This relative vaccine effectiveness only provides evidence on the value of a fourth dose compared to individuals who already have some vaccine induced protection (three dose recipients).

WHERE CAN I GET MY BOOSTER SHOT?

The government and private sector have introduced thousands of vaccination sites across the country where you can get Covid-19 vaccine booster shots for free.

The health department and health organisation Right-to-Care have launched the FindMyJab.co.za app to make it easier for anyone to find the closest vaccination site using a smartphone, laptop or tablet.

I've had my Covid-19 vaccination — how long will I be protected?

If I got my initial Covid-19 shots, will I still be protected without a booster?
News
1 month ago

Where can I get a booster shot and how much will it cost?

In an effort to encourage people to protect themselves against Covid-19, government and the private sector have introduced thousands of vaccination ...
News
2 months ago

Can I get sick from too many Covid-19 vaccinations?

The US Centers for Disease Control and Prevention (CDC) has allayed fears about getting too many Covid-19 vaccines, saying the risk of serious ...
News
3 months ago

Is it safe to get the Covid-19 and flu vaccine at the same time?

The National Institute for Communicable Diseases says there are no safety concerns related to getting both the flu and Covid-19 vaccines, provided ...
News
3 months ago

How are Covid-19 and flu viruses similar?

As winter approaches, Dr Morgan Mkhatshwa, head of operations at Bonitas medical fund, has explained the similarities between the Covid-19 and flu ...
News
3 months ago