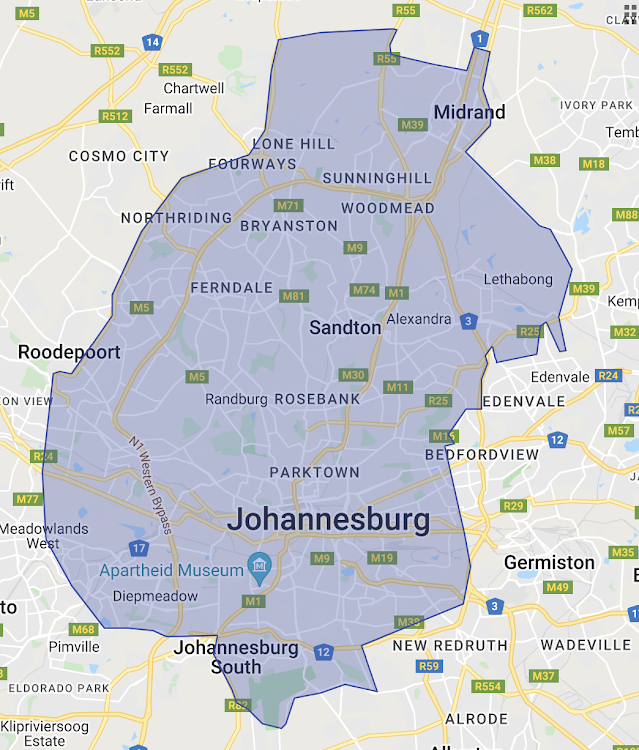 With scant fire services and a blaze every six hours, living in Johannesburg means residents and businesses face the possibility of losing all to flames.

This risk prompted Discovery Insure to launch their own fire service in the city on Monday.

Their Fire Force is one of a growing number of private firefighting organisations popping up to account for insufficient resources in big cities about the country.

Discovery Insure CEO Anton Ossip said though the service was for their clients, they would be able to assist the city in emergencies.

He said Discovery Insure was naturally incentivised to ensure the safety of their about 200,000 clients assets, especially with the risk of fires increasing during winter.

“Immediate assistance makes all the difference when that accident you never said you’d have actually happens. The Fire Force offering is a true manifestation of Discovery’s core purpose of enhancing and protecting lives by keeping our clients and communities safe.

“We are proud to partner with the Advanced EMS team to support individuals and small businesses with a rapid response firefighting service that can help to curtail damage and injury and save lives, especially in a city such as Johannesburg where fires are a real concern.”

The Advanced EMS group is made of constituent companies, including Medi Response, Rural Metro and Fire Ops SA.

The standing order of the brigade is to have wheels turning within two-minutes of a call, with the smaller and lighter intervention vehicles racing ahead of the pumpers

He said they had upskilled and added to more than 100 staff to service Johannesburg.

“We're adding blue fire engines. We know traditionally engines are red, but these are state-of-the-art and well-staffed machines.”

Shapiro said this project was personal.

“Recently I felt pretty helpless watching a small residential fire spread into a huge inferno. Ossip and the team have matched our goals to provide help to residents and enabled this service.”

He said local authorities have been supportive to enable the public-private partnership with the city.

The service operates from six “patches”or depos across the city with the fire trucks residing in Rosebank and Midrand.

Members are able to activate the service through their 24-hour call centre.

Ossip said responding to emergencies is nothing new to Discovery Insure, which recently supported people stuck in their homes during the floods in KwaZulu-Natal, even providing air rescue for some homes.

“Once an emergency call is received in our operations control centre, we will initially dispatch a rapid intervention vehicle fitted with an ultra-high-pressure (UHP) pump system while mobilising additional resources. The UHP unit can be connected to a garden hose and allows a very effective first attack against house fires, car fires and other smaller fires.”

Ossip said implementing important fire prevention strategies at home and within your place of work is important.

According to data from the Fire Protection Association of SA, a fire occurs in Johannesburg every six hours.

“Simple actions such as installing smoke detectors, regularly checking electrical connections and the servicing of fire extinguishers can literally save a life,” Ossip said.

“I am confident Fire Force will make a visible and impactful difference in the weeks and months ahead, but I also urge everyone to do their own fire safety checks to make our families and homes as fireproof as possible.”

Fire Force will service the greater Johannesburg area in a 10km radius, which includes most of the city.

Shapiro said the standing order of the brigade is to have wheels turning within two minutes of a call, with the smaller and lighter intervention vehicles racing ahead of the pumpers.

“But then you realise how often fires occur. There have been three major fires across our client base in the past 10 days.  On Thursday a fire in Douglasdale claimed a life.”

He said the most common causes of residential fires were electrical faults, gas heaters and mistakes like knocking over a lamp. He said errors in home builds such as faulty chimney design were also responsible for fires.

“Nine in 10 fires are caused by human error and we have seen a dramatic increase in house fires.”

While the City of Johannesburg hopes its fourth attempt to secure firefighting vehicles bears fruit next year, a private firefighting company has ...
News
7 months ago

'Warm bodyguards' and surveillance cameras rather than security gates; emergency phones that connect automatically to a control centre; fire doors ...
News
3 months ago

Police have confirmed they are analysing a string of arson attacks on luxury homes in Joburg’s most expensive suburbs.
News
3 months ago

At some facilities safety equipment hasn’t been serviced since 2019, while others are just not being maintained
News
10 months ago