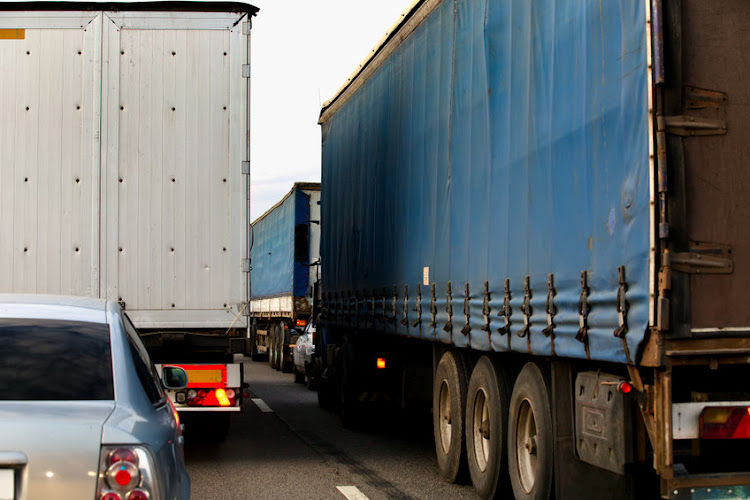 Innovative Staffing Solutions has taken legal action against the bargaining council in the road freight and logistics industry whereby it seeks to interdict it from enforcing its main collective agreement against ISS. Stock photo.
Image: 123RF/photoglory

Innovative Staffing Solutions (ISS) has launched an urgent application before the labour court whereby it seeks to block the extension of the collective agreement in the road freight and logistics sector to non-members.

On Monday, ISS — the outsourcing company which provides permanent employment to more than 36,000 staff  —  brought an application in two parts.

In part A, ISS asked the court,  pending the determination of a challenge at a later date in part B, to interdict the National Bargaining Council for the Road Freight and Logistics Industry (NBCRFLI) from enforcing its main collective agreement against ISS.

In Part B of the application, ISS seeks an order reviewing and setting aside the decision of the minister of employment and labour to extend the period of the operation of the main agreement for the NBCRFLI to non-parties as published in a government gazette of February 11 2022.

It also wants the order declaring that the extension of the period of operation of the main collective agreement to 2024 to be invalid  and of no force and effect.

The ISS application and employers’ organisations were party to the application for the collective agreement’s extension. They include the Road Freight Association, the National Employers’ Association of SA  and the South African Transport and Allied Workers' Union.

“In reality, this extension risks forcing even more companies to reduce benefits to employees, cut back on salaries, and even potentially causing job losses at ISS to force compliance with the NBCRFLI.”

The company says it remains locked in a legal battle against the bargaining council over the question of whether it falls within the council’s jurisdiction, and subsequently whether it should be forced to comply with the council’s main collective agreement.

“Yet despite this, the bargaining council remains intent on enforcing its main collective agreement, effectively bolstering its own finances at the expense of ISS employees.

“We believe that the court will see the seriousness of this case, and agree that the minister’s extension of the main collective agreement was questionable. This will prevent the bargaining council from relying on this agreement in its future interactions with ISS.”

In its application, the ISS said it believes the minister failed to comply with the provisions of section 32 of the Labour Relations Act, which demand that he first request and consider comments from all affected parties before proceeding with the extension.

Maré said it seemed that the minister breached his duty of procedural fairness and care, and prejudiced the rights of ISS and other non-parties in the industry to note their concerns.

The ISS wants the urgent application to be heard next month.

The 2022 May Day celebration will go down in history as one that requires a consequential departure from patronage by worker unions.
Politics
3 months ago