'There are silks, like me. And then there's Owen Rogers', a senior Cape Town advocate was quoted as saying in 2011 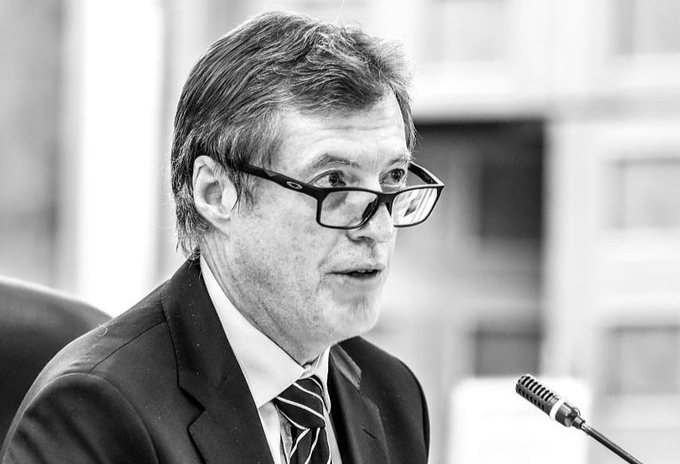 Judge Owen Rogers is known for the breadth of his legal knowledge, including expertise in competition law, tax law and pension funds law.
Image: Office of the Chief Justice

Rogers was selected from a shortlist of four sent to President Cyril Ramaphosa in April. The other three shortlisted by the Judicial Service Commission were Supreme Court of Appeal justice Mahube Molemela, Gauteng high court judge Fayeeza Kathree-Setiloane and senior counsel Alan Dodson.

The April interviews ended in controversy with the JSC’s decision not to include highly respected Gauteng High Court judge David Unterhalter in the shortlist. Unterhalter’s exclusion meant Ramaphosa could only fill one vacancy at the apex court even though the JSC had advertised for two.

But Rogers has a similar legendary status in the legal community as Unterhalter. When he was first nominated for judicial appointment, back in 2011, an experienced senior advocate at the Cape Bar said: “There are silks, like me. And then there’s Owen Rogers.”

However, while Rogers’ appointment will likely be celebrated in some quarters, Ramaphosa may face criticism for overlooking two black women candidates — particularly Molemela who, as an appellate judge and former judge president of the Free State Division, is senior to Rogers.

There have been no white judges on the apex court since Johan Froneman’s retirement, but a woman appointment would have been a boost for gender representativeness, something Ramaphosa is known to support. If Supreme Court of Appeal president Mandisa Maya is appointed deputy chief justice as expected, the number of women justices on the apex court would remain four — as it was before Sisi Khampepe retired.

A statement from the presidency said Rogers was “a highly experienced” judge who had “been on the bench for the past nine years following many years in legal private practice”. It added that the appointment was made after consultation with the chief justice and leaders of political parties represented in parliament.

Rogers acted at the Constitutional Court in the third and fourth terms of 2021 and was part of the ConCourt bench that steered the country through the litigation-fraught local government elections last year, penning the majority decision that rejected the IEC’s application to postpone the elections.

The last candidate to be interviewed for a vacancy in the Constitutional Court, judge Owen Rogers, said on Tuesday he thinks the court of 11 justices ...
News
3 months ago

April’s JSC interview was his first for the apex court, though he had been interviewed, and overlooked, for the Supreme Court of Appeal twice before, after a number of acting stints at the SCA from 2017 to 2021.

Rogers was first nominated for the high court in 2011. But while he was widely expected to be a shoo-in, the JSC, in a shock move, decided to only recommend one candidate for appointment to the Western Cape bench that round, leaving two vacancies open, and overlooking Rogers, who failed to get a majority of the JSC by one vote.

The decision, particularly the snub of Rogers, caused outrage at the Cape Bar, which challenged the JSC in court. Rogers was finally to get the nod for high court appointment in 2013.

Recognised as a scholarly judge, Rogers is known for the breadth of his legal knowledge, including expertise in competition law (he has been a judge of the Competition Appeal Court since 2016), tax law and pension funds law.

In his CV submitted to the JSC ahead of his April interview, Rogers said he normally delivered his judgments within a month. This must be referring to his high court judgments. Judgments in appellate courts generally take considerably longer but his Constitutional Court record so far has also not been bad: reasons for the urgent order in the IEC case took just under a month — “written under considerable time constraints” he said in his JSC questionnaire. Unanimous judgments that he penned alone at the ConCourt took about three months.

A judgment he wrote together with Justice Stevan Majiedt took about six months. The judgment of NVM obo VKM v Thembisa Hospital and Another, when the court was divided and there were three separate judgments, took seven months.

With Rogers’ appointment, the Constitutional Court is another step forward in reaching its full complement of 11 justices — after a prolonged period of vacancies. Justices Jody Kollapen and Rammaka Mathopo’s appointments were announced in December after the JSC’s October interviews and Maya is expected to join the apex court after her interview for deputy chief justice on June 20. Should Maya get the nod as expected, the apex court will be just one justice short of a full 11.

Ngoepe’s book – not an autobiography, but an autoethnography, he said – is a thoughtful collection of anecdotes and reflections from his life. It is ...
News
4 weeks ago

Judge Lebogang Modiba has been named president of the Special Tribunal.
News
1 month ago

Supreme Court of Appeal president justice Mandisa Maya will on June 28 be interviewed by the Judicial Service Commission to determine her suitability ...
News
2 months ago