Fed-up Cyril may pack his bags, plus 5 highlights from ‘Vrye Weekblad’ 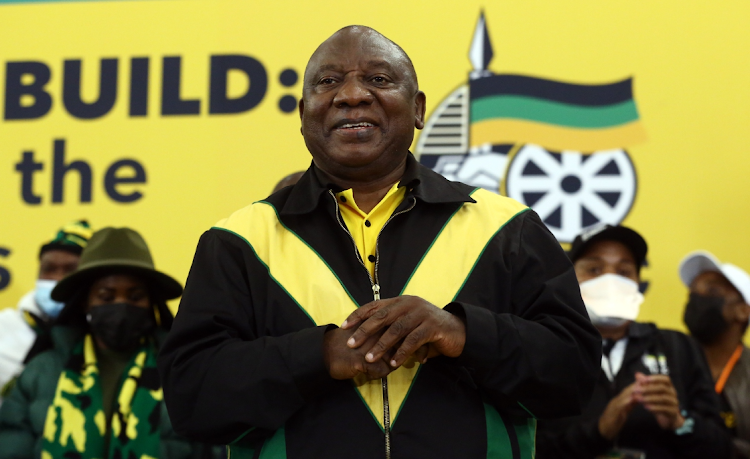 Maybe D-Day has dawned for South Africans who have a soft spot for Cyril Ramaphosa, writes Piet Croucamp in this week’s edition of Vrye Weekblad. Here is an extract:

I suspect the ANC leader no longer thinks it’s that important to be president. If he could freely and without a care hand over the baton, he wouldn’t hesitate. He is battle-weary and fatigued. If it becomes clear that SARS will make a case of money laundering, tax evasion and covering up a financial crime, Ramaphosa will pack his bags.

In political terms, Ramaphosa is not a street fighter or an iron man. He is probably fed up with the ANC and SA.

The back-stabbing, infighting and despair are wearing him down. The cracks in his armour are, however, also showing. He can’t really escape the Phala Phala incident. While I couldn’t care less about Arthur Fraser’s version of events, amaBhungane probably has a finger on the pulse and it doesn’t look good. “Something is rotten in the state of Denmark.”

South Africans have known for a while that Ramaphosa doesn’t have the guts to get rid of Gwede Mantashe and Fikile Mbalula, and confidence in him is on the wane.

The ANC leadership contest at the end of the year will be a morbid dress rehearsal for everything that can go wrong in a democracy. If Ramaphosa is still on the scene in May 2024, there will probably be a thin-lipped stability at the 55th leadership conference in December. If, however, the president leaves only a bloody trail behind, the next president of Africa’s oldest liberation movement will be elected amid unparalleled upheaval. The theatre will be destructive and messy.

Ramaphosa knows the ANC can’t rescue itself and has just about no chance of an absolute majority in the 2024 elections.

WILL BOB RECOGNISE MY MOM IN THE AFTERLIFE? | With Bob Dylan recently turning 81, Tinus Horn remembers a concert he attended in London in 2005 and dreams about calling his mother in heaven, though he has lost the number.

A BETTER WAY TO FINANCE STUDENTS | Under the steermanship of Prof Francis Petersen, the University of the Free State has returned to calmer waters. Anneliese Burgess talks to him about the university’s “cost-effective” medical teaching, racism on campuses and his biggest challenge.

FREE TO READ | THE CERTIFICATE ON TANA WAITOKI'S COFFIN | These days everyone's a winner and boredom is the only memory Zirk van den Berg has of interminable school prize-giving ceremonies — until a badge and a certificate of attendance change this curmudgeonly old grouch.

HIGH PRIEST OF POP CULTURE | Not a single word is uttered about Elon Musk without a contradictory choir stating the direct opposite. Willem Kempen discovers there are not many exceptions to this rule.

WHY ARE SO MANY PEOPLE GETTING MARRIED? | Mercy Kannemeyer was the little girl who believed in happy endings until she realised the fairy tales were all about white, straight people and animals that could talk.

"You step aside when you are indicted to appear in a court of law and have been charged with serious crimes. As matters stand, President Cyril ...
Politics
1 month ago

DA leader John Steenhuisen has compared President Cyril Ramaphosa to a two-bit mob boss and his Farmgate scandal to his predecessor Jacob Zuma’s ...
Politics
1 month ago

The EFF charged three of its MPs to cause the disruption it promised as President Cyril Ramaphosa tried to start his budget debate on Thursday.
Politics
1 month ago