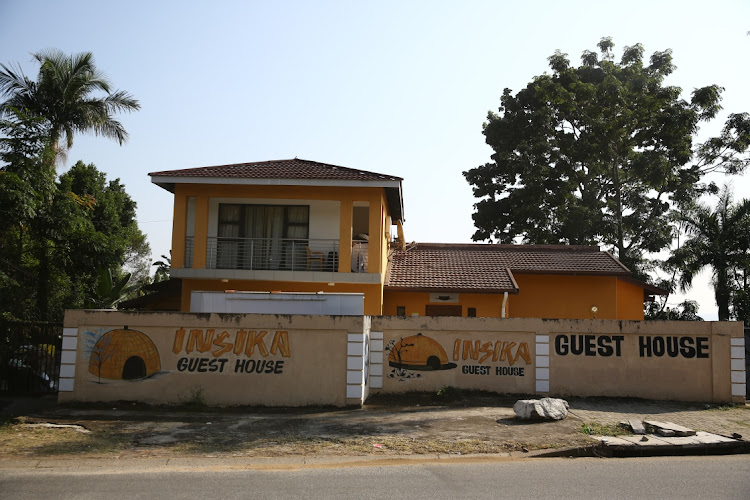 It is believed Hillary Gardee was kept at this guest house after she was kidnapped.
Image: Thapelo Morebudi

A guest house belonging to one of the three men arrested in connection with the kidnapping and murder of Hillary Gardee was allegedly petrol-bombed on Thursday night, a few hours after their court appearance when their case was postponed for further investigations.

Insika Guest House, owned by Philemon Lukhele, was targeted at about 10pm on Thursday night.

A family member told TimesLIVE he received a call from neighbours alerting him to a fire at the guest house.

“I rushed to the property and when we arrived we found it was on fire. We started to extinguish it while waiting for the fire department. We found petrol poured all over the house and found several petrol bottles,” he said.

According to the relative, neighbours told them they saw a car parked outside the property and the occupants jumped over the wall to access the petrol.

“They said shortly afterwards they saw the fire and the occupants jumped back over the wall and sped off in the car,” he said. 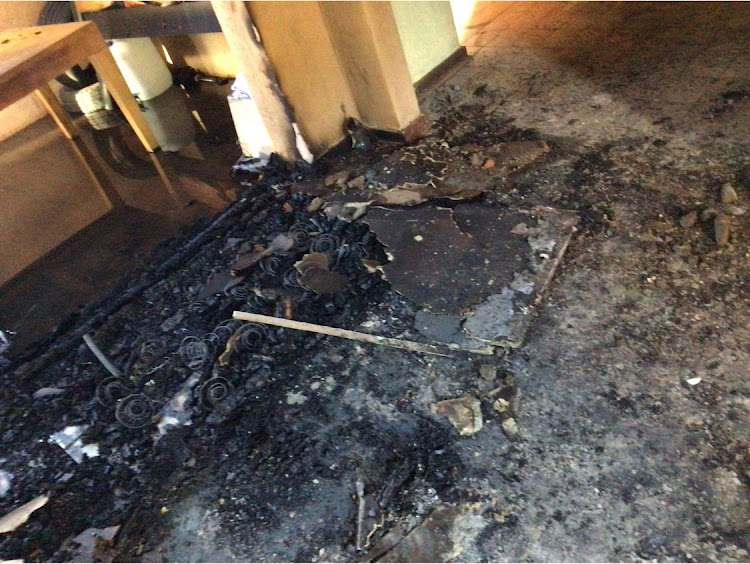 The damage at Philemon Lukhele's guest house, which is believed to have been petrol-bombed on Thursday night.
Image: Supplied

The property was being used as accommodation for University of Mpumalanga students and it is believed Gardee was allegedly kept captive and possibly raped and murdered there.

Last month the university issued a statement saying it had cancelled its contract with the guest house owner because of the allegations against him.

Dean of students Paul Maminza said the university had accredited three Insika facilities to accommodate students. He said students staying at the three facilities were told the accreditation had been terminated and they would have to relocate to other accredited accommodation.

A day before Gardee’s funeral, police raided the guest house, saying it was a place of interest.

“Police are investigating the cause of the fire. No arrest/s have been made yet.”

Delays in obtaining DNA results, ballistics and cellphone records have pushed the trial of three men accused of the kidnap-murder of IT graduate ...
News
3 weeks ago

'My man is Christian, he is not a killer': Fiancée defends Gardee murder suspect over 'sangoma' texts

As Hillary Gardee murder-accused Sipho Mkhatshwa testified in his bail hearing his fiancée, Zandile Magagula, expressed her anger over an SMS ...
News
1 month ago

In a dramatic turn of events in the Hillary Gardee murder trial, the state says it has cellphone evidence potentially linking at least one of her ...
News
1 month ago

The family of murder victim Hillary Gardee said on Sunday they will allow the legal system to conduct its work as Hillary, the family and the people ...
News
1 month ago