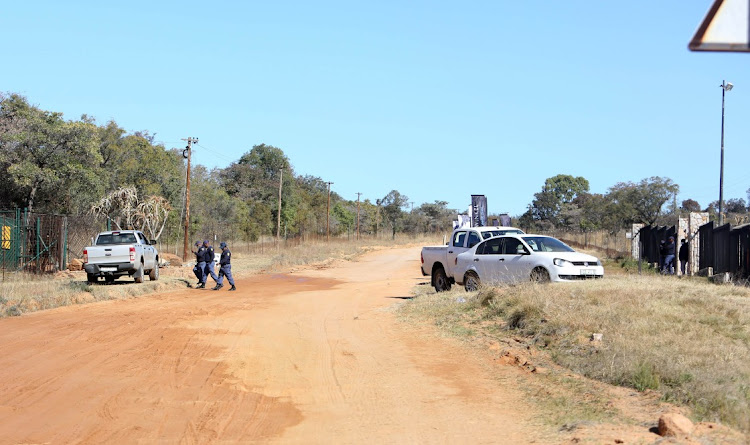 The event was hosted by the Ankole Cattle Breeders’ Society of SA. About 16 ankole breeders sold their livestock at the auction.

The auction which, among others, offered buyers two breeding bulls, mature cows with metre-long horns, embryos and semen straws from top bulls, ended at about 4pm on Saturday.

Over R20m was made through the auction sales.

Among the top sellers were two Ankole bulls which sold for R1m and R1.65m. The latter price, for a bull named Cumulus, included 300 bundles of straw.

Cumulus has been described as a top-breeding bull that measured 50 2/8". His diamond shape, called Kyasha by Ugandan cattle keepers, on his forehead gives him a royal status. Cumulus has a Rutara horn shape. He has a long body structure that is solid and he breeds a variety of colours from deep bihogo brown to even mottled white kiremba ky’ekikanga patches. 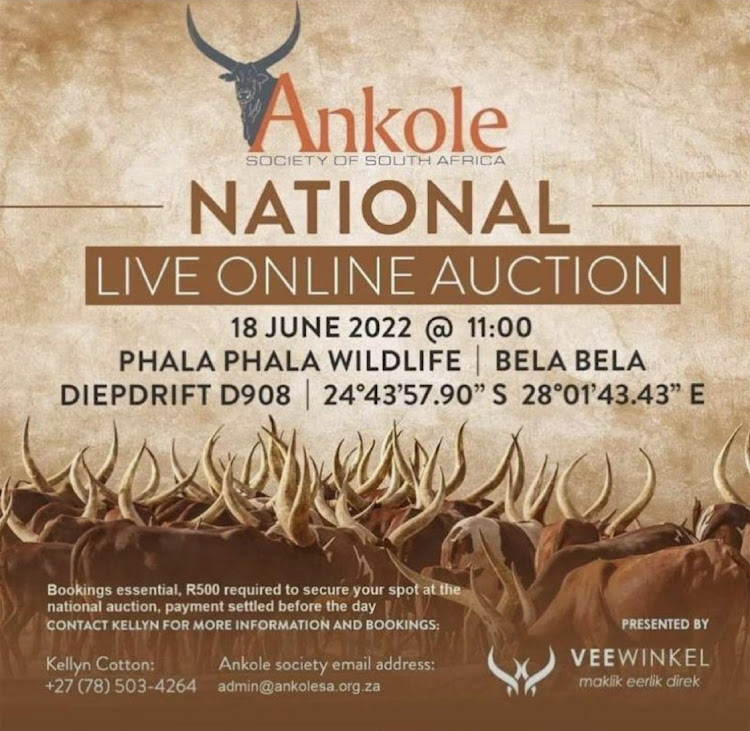 The advert for the Ankole auction to be held at Phala Phala game farm.
Image: SUPPLIED

Ramaphosa’s own ankole cows were among the livestock that went on auction.

The auction was carried out despite the dark cloud hanging over Ramaphosa, who is accused of concealing the 2020 theft of US dollars that took place on his farm after a previous auction there.

The incident came to light after former spy boss Arthur Fraser lodged a criminal complaint against Ramaphosa. Fraser accused Ramaphosa of concealing the crime where it's alleged the suspects were kidnapped, interrogated and paid off to keep silent.

Fraser on Wednesday said he had met with the Hawks to help with their investigation into his complaints against Ramaphosa. He said he has furnished the unit with additional information and details to enable them to do their work.

SowetanLIVE reported that the organisers of the auction said they would not change the venue as they had long planned to hold the auction at the farm in Limpopo and had already paid to use the facility.

Among the president's lot, the highest bull sold was Kuti — an Ankole heifer which auctioned for R540,000.

Ramaphosa is one of the biggest Ankole farmers in the country and his interest in the breed of long-horned cattle goes back almost two decades.

'EFT only': Phala Phala Ankole auction will not accept any cash

About 200 people who are in the cattle and game breeding business are expected to attend the auction at President Cyril Ramaphosa's farm.
News
3 weeks ago

Cattle sale that dragged Ramaphosa into political storm is back

President Cyril Ramaphosa, who has been fending off allegations that he covered up a robbery at his game farm in Limpopo, plans to hold a cattle ...
News
3 weeks ago