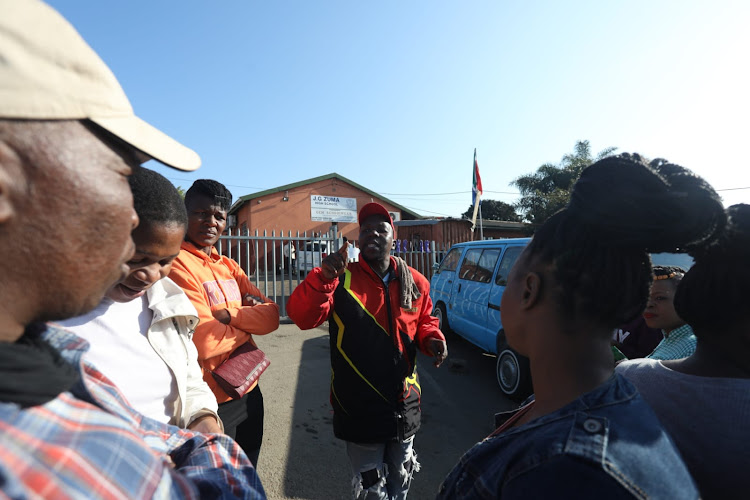 Disgruntled parents and members of the school governing body (SGB) gathered outside the gates of JG Zuma High School in Ntuzuma, north of Durban, on Tuesday to demand the removal of two teachers.

Parents alleged a grade 12 geography teacher and a physical science teacher in charge of teaching grade 11 and 12 pupils are known for attending school while intoxicated, a matter they claim dates back to 2017.

Bonga Ngwane, 45, whose two children attend the school, said the level of education had dropped significantly due to the poor calibre of teachers.

“Since 2017 these two teachers have been identified as having major drinking problems. They come to school drunk — and if they are not drunk, they are not teaching 'properly'. This has affected the pupils because the pass rate in these two subjects prior to 2017 was much higher than since their arrival,” he said. 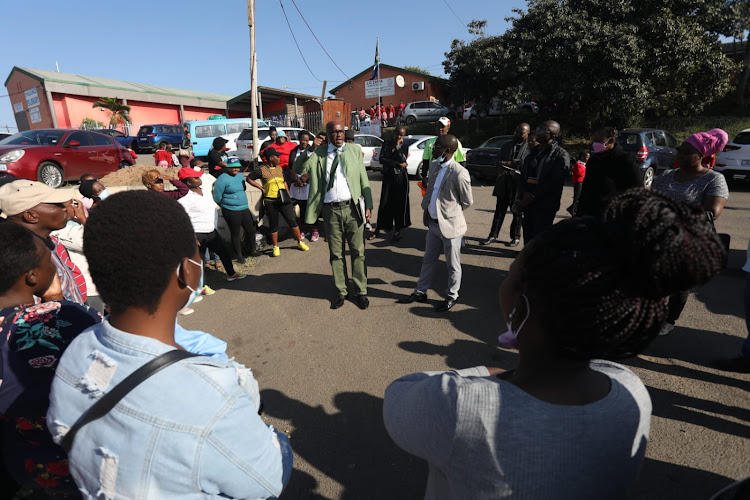 Ngwane claimed the teachers have not been removed or suspended despite departmental intervention on a number of occasions.

“Following all the due procedures, the department remains unsuccessful in the removal of these two teachers.

“The deputy head of the department came here to address our concerns this morning. We are demanding the removal of these teachers and the hiring of two substitutes so our kids can continue learning because exams are around the corner.”

SGB chairperson Wonderboy Caluza said the alleged actions of the teachers showed they did not respect the education system.

Angry parents met with education offials outside the J.G Zuma High School in Ntuzuma, north of Durban, this morning, demanding the removal of two educators who have been allegedly teaching while drunk. SGB chair Wonderboy Caluza says the problem dates back to 2017. @TimesLIVE pic.twitter.com/aXMO3myriT

“SA has been through a lot. It has been a hell of struggle and for them to undermine the education of a black child like this, coming to school drunk from 2017, is an embarrassment for the country and our kids.

“As parents we cannot sit and fold our arms. We have to stand up and this is what we are doing,” said Caluza.

Department spokesperson Muzi Mahlambi said they were aware of the matter and were attending to it.

The school is named after former president Jacob Zuma. It was built in 1997 in the Besters area of KwaMashu and was previously called Ekuthuleni Combined School. It was later split into a high school and primary school.

Hundreds of disgruntled Soweto residents on Tuesday descended on the Johannesburg CBD in preparation to march to the offices of mayor Mpho Phalatse.
News
2 weeks ago

KwaZulu-Natal business entities have hired private security companies to help prevent looting of trucks and disruptions to the transportation of ...
News
2 weeks ago