The e-commerce and IT giant is scheduled to be the anchor tenant at the River Club site in Observatory which is the focus of a legal showdown involving rival groups of indigenous Khoi.

The developers, Liesbeek Leisure Properties Trust, said this week it was carrying out remedial work at the partly-constructed property, where work was halted earlier this year pending a court challenge from objectors.

Some indigenous Khoi activists claim they were excluded from public consultation around development of the site, where Amazon wants to locate its Africa head office. 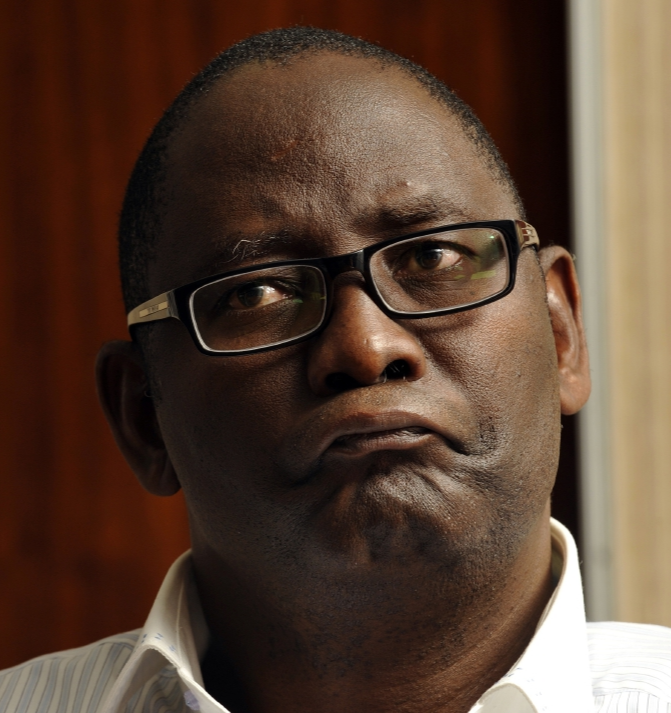 Zwelinzima Vavi has criticised Amazon for staying out of the row over the site for its new Africa head office in Cape Town.
Image: Robert Tshabalala

Vavi, general secretary of the SA Federation of Trade Unions (Saftu), said Amazon’s silence on the dispute was problematic.

“Saftu notes the deafening silence of Amazon as the anchor tenant,” he said on Wednesday.

“As the world’s largest company, Amazon’s role in this conflict is that of the development’s guarantor, with the promise of premium rental income to the developers for years to come.

“The company had several alternative options to locate their headquarters, which raises several questions about their adamance in choosing this controversial site.

“Given the company’s record against workers, black and indigenous communities and marginalised people around the world, this is hardly surprising.”

Vavi also slammed Liesbeek Leisure Properties Trust for blaming the building interruption on marginalised indigenous groups rather than acknowledging its own responsibility.

“Predictably, workers are being forced to pay the harshest price for the greed and recklessness of private capital,” Vavi said.

Workers will this week return to the River Club construction site in Cape Town to perform “critical remedial and protective’ work required to stop ...
News
2 weeks ago

“Rather than accept responsibility for its failure to adequately consult indigenous groups before embarking on the construction phase of this risky enterprise, the developer is choosing to lay the blame of its failures at the feet of the activists and indigenous groups who opposed the project.

“They continue to attempt to appeal the court’s decision while simultaneously forcing workers to bear the consequences of their own negligence.”

On Monday, Liesbeek Leisure Properties Trust said it had commenced “critical remedial and protective” work required to stop the site falling into disrepair.

Spokesperson James Tannenberger said the return to work would also boost security at the site and deter potential invasions. A group of 70 people had attempted to access the project site last week, he said.

“It is in the interests of justice and the people of Cape Town for the development to go ahead.

“The project will create 6,000 direct and 19,000 indirect jobs; afford the Cape Peninsula Khoi a meaningful opportunity to memorialise and celebrate their cultural heritage associated with the much broader area, including the establishment of a First Nation heritage, cultural and media centre; [and] provide developer-subsidised inclusionary housing, major road upgrades, as well as safe and accessible green parks and gardens, all of which will be open and freely accessible to the public,” he said.

Tauriq Jenkins, high commissioner of the, Goringhaicona Khoi Khoin Indigenous Traditional Council, this week questioned the need for rehabilitation at the site.

“A heritage crime has already been committed with the destruction and infill of the Old Liesbeek channel,” Jenkins told TimesLIVE.

“The so-called ‘rehabilitation’ appears to be an obtuse exercise of saving face against the backdrop of an ongoing horrific deafness to our objections.

“The jobs claim has already been dealt with in the interim interdict where deputy judge president Patricia Goliath ruled the economic argument does not outweigh the rights of First People. Their persistent peddling of this red herring is telling.

“Our heritage is not for sale. It is not a commodity for obscene profiteering, nor can it remain a sanctuary of genocide denial.

“This is a place where the Khoi and San were dispossessed of their custodial ownership of land, where the First Frontier Wars broke out, where ethnocide and forced removals emanated from.

“The loss of and destruction of our collective memory of who we are as Southern Africans is what is at stake here.”

The Khoi won their first battle against European soldiers but 500 years later they are fighting for the crumbs of a R4.6bn development on their ...
News
4 months ago

Judge halts development at the River Club in Cape Town

The Liesbeek Leisure Property Trust has been interdicted from carrying out further construction of a development at the River Club in Cape Town ...
News
3 months ago

The media company owned by Barack and Michelle Obama, Higher Ground, has signed a multi-year deal with Amazon-owned Audible to make original audio ...
Lifestyle
2 weeks ago