Mafalala was assaulted and set alight in Parkwood last month after false information was put out that he had kidnapped children in the area.

The state is set to oppose a formal bail application on July 13.

The accused are also charged with malicious damage to property and robbery with aggravating circumstances.

Of the 11 accused, one is a 15-year-old boy who will remain in his father’s custody. 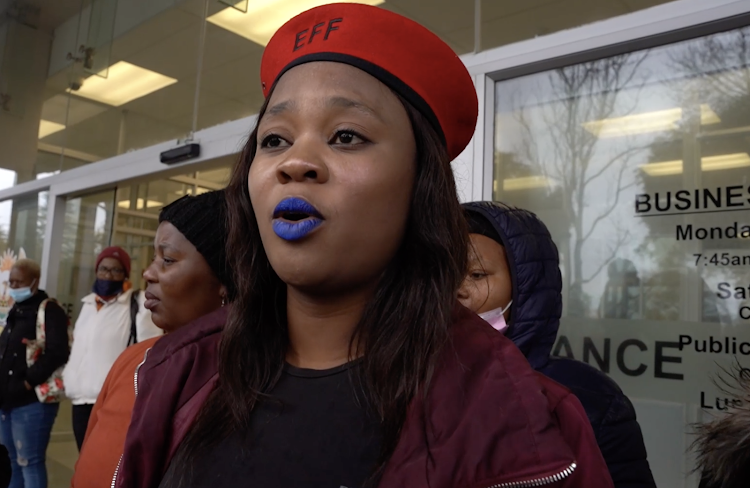 Zandile Maweza speaks outside Wynberg magistrate's court after the appearance of 11 suspects alleged to have murdered her boyfriend Abongile Mafalala.
Image: Tanya Steenkamp

Mafalala’s family and friends were upset that the accused's faces can’t be revealed to the media.

State advocate Kepler Uys said no images could be published before a planned identity parade.

Loved ones of Mafalala said they hoped justice would be served.

“I think we’re going to get justice at the end of the day. And I’m so happy about the process and everything, because the prosecutor explained everything to us and we’re sure that they’re not going to get bail.”

This week’s 'True Crime South Africa' looks at the horrific case of e-hailing driver Abongile Mafalala and how it might have been prevented. We also ...
News
1 week ago

G4S Cash Solutions is offering a reward of up to R1m for credible, useful information leading to the arrest, prosecution and conviction of criminals ...
News
4 days ago

A 57-year-old man from Sebokeng who attacked a lesbian couple last year, killing one of them, will spend 25 years in prison for his crime.
News
4 days ago